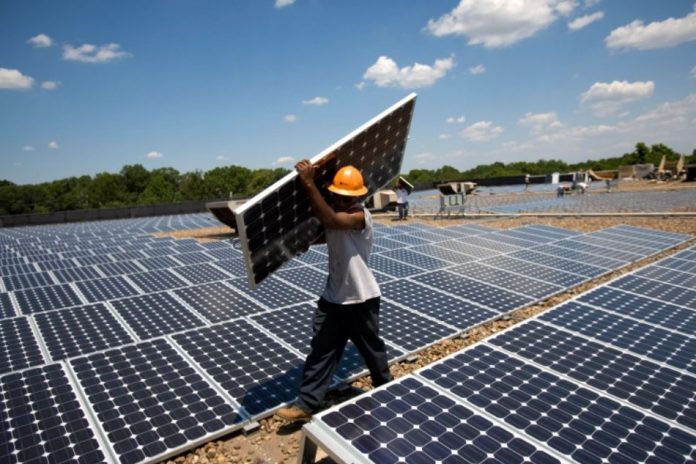 A draft bill to regulate the solar energy sector has suffered colossal public distress with Kenyans accusing the government of foul play in the Energy Sector.

In what started as a startling loss making spree at the Kenya Power and Lighting Company, Kenya has in the 5 years witnessed an impressive jump into solar energy.

In its latest report, the utility notes that the demand for electricity in the last financial year was 3.7%, below the 10-year average of 5.9%. For the year ahead, KPLC expects a further decline, with demand expected to be 2.3%.

Some of the most notable industries shifting to solar include Williamson’s Tea, which have fully made the switch to green energy (largely solar panels).

However, acting on the collosal losses made by the power firm, Energy Petroleum Regulatory Authority (EPRA) has formulated a policy to clamp the sector and get rid of ‘unauthorized’ solar energy dealers and manufacturers.

However a section of Kenyans have aired their views on social media, accusing the government of monopoly and attempts to force state power down ‘their throats’.

“It will cost kshs 70k to connect power through @KenyaPower if the transformer is 400M away, they told me. Solar installation will only cost kshs 30k or less PLUS no crazy bills and Power loss REFUSE to be intimidated. REJECT mediocrity. EMBRACE sanity” tweeted one Sammy Ndirangu.

“Family business is ready to punish Kenyan in the name of getting a licence to install a solar panel you’ve bought with your money and you are using in your own compound. It still mesmerize me how a monopoly KPLC make losses.” Mbayeye added.

The permits will be awarded based on the capacity of the system to be installed.

Licence classed ST1, ST2 and ST3 will be granted for systems with a maximum capacity of 400 Watts, 2K Watts and 50KWatts respectively.

Technicians who obtain an ST4 licence are the only ones who will be allowed to install solar grids of any capacity.

Obtaining a licence, one will need to fulfill some strict requirements.

For the basic solar grids, the technician must have completed primary school and should have training certification in electrical and solar PV systems.

Technicians in the second category will be required to have completed secondary schools, and should also have training certification in electronics and solar energy systems.

To install solar grids, you will be required to have a bachelor’s degree and have relevant experience in electrical engineering.

Obtaining and renewal of licences will cost technicians between Sh2,250 and Sh6,000

When it comes to importation, contractors who will be allowed to import or sell Solar PV components must obtain classes SC1, SC2,SC3, SC4 and SM licences for grids not exceeding 400W, 2KW and 50KW respectively.

Contractors with SC4 permits will be allowed to import, sell and install any Solar grid system.

A class SM licence will be required for contractors importing parts that are used to manufacture solar PV components and systems.

Contractors will part with Sh3,000 to Sh6,000 to obtain their permits. They will also be required to take Insurance policies of between Sh1 million and Sh10 million to operate.

Failure to renew licences will attract a Sh10,000 daily fine for the solar operators. They will also be slapped with a Sh20,000 fine if they fail to produce a completion certificate for a job done, and a further Sh20,000 if they do not give a warranty for installation.

Epra said the regulations were meant to ensure the solar components and systems meet the required standards.

“In consultation with stakeholders, the authority has developed regulations. The goal is to streamline the manufacture, importation, distribution, design, installation, testing, commissioning, maintenance and repair of solar photovoltaic systems and components,” Epra Director-General Pavel Oimeke said.