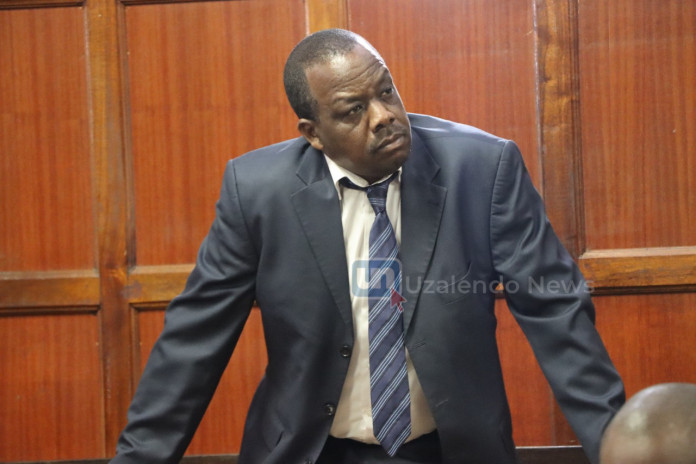 Peter Muhu Muriuki, the convict is said to have induced Director Scripture Mission East Africa to deliver Ksh 7.8 million to an account belonging to Mungu and Co-advocates by falsely pretending the said Law firm was an agent of KRA and authorized to collect taxes.

He was also charged with uttering a fake Kenya Revenue Authority pay-as-you-earn credit slip to the director, scripture mission east Africa purporting it to be valid.

The suspect did not dispute the allegations that he was a KRA officer and that he misled scripture mission east Africa by stating that his law firm was entitled to collect Taxes.

The court was satisfied that the prosecution had proved their case beyond reasonable doubt and convicted the suspect as charged.

The prosecution urged the court to treat the accused person as a first-time offender since they had no previous criminal records of him.