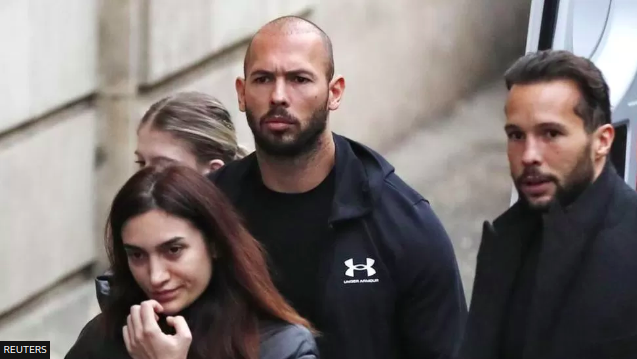 Influencer Andrew Tate and his brother Tristan are to stay in custody until 27 February after a Romanian court extended their police detention.

The pair are being investigated over allegations of sexual assault and exploitation and a judge has ruled they will be kept in prison for a further 30 days while police build their case.

The reasons for this extension will be given in a written statement later.

Tate and his brother both deny the allegations against them.

He moved to Bucharest five years ago and was arrested last month after his house was raided.

The authorities claim the brothers have been part of an organised crime group that exploited women by forcing them to create pornographic content.

Lawyers for the Tate brothers argued prosecutors had not presented any new evidence in their application to extend the detention period and had said before the latest hearing that they were “optimistic” that it would be denied.