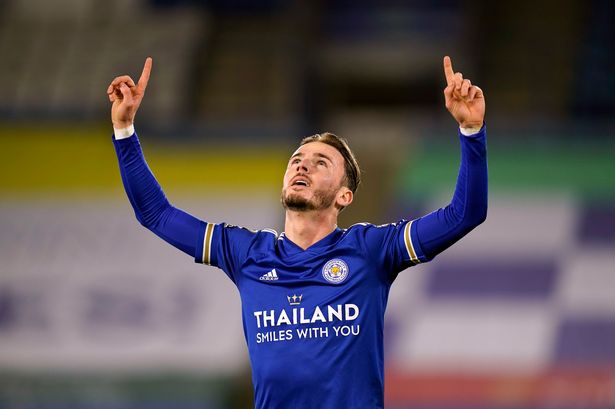 While leaders Manchester City remain untroubled at the top, the Foxes are likely to return to the Champions League for the first time in four years after their heart-breaking final-day miss last season.

After Maddison’s opener, Leicester were 2-0 up inside 23 minutes as Harvey Barnes doubled their lead within four minutes by pouncing on the ball after Emiliano Martinez saved from Jamie Vardy.

Amazingly it was Barnes’ 13th goal of the season, just one behind Vardy.

The winger has now been directly involved in 9 goals in his last 11 Premier League matches (6 goals, 3 assists) and his latest display won’t have gone unnoticed by Southgate as Barnes overtook both Marcus Rashford and Raheem Sterling in the scoring stakes.

Bertrand Traore scored a goal for the hosts but Leicester edged three points clear of United and have lost just once in their last 12 league games.

Villa were punished for an awful first half and without their captain Jack Grealish, who is out on a leg injury, they  lacked the quality, initiative and drive to recover.

Maddison tested Martinez with a free kick before he limped off with an ankle injury, 15 minutes after Bertrand Traore scored to hand Villa a lifeline.