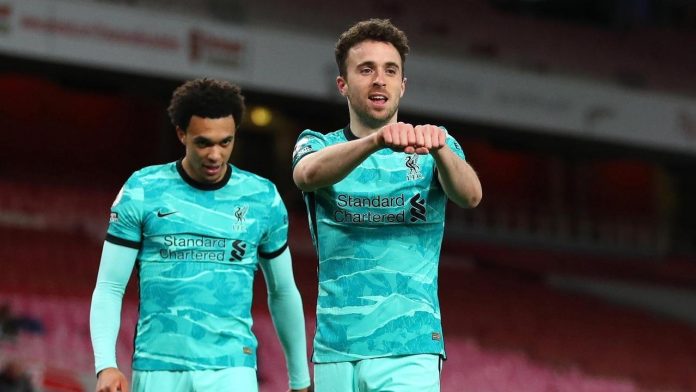 Arsenal was able to keep Liverpool at bay in the first half, despite the visitors dictating the game. But their resistance was eventually broken by Diogo Jota, with the Portugal international putting his side in front in the 64th minute.

Mohamed Salah improved on his outstanding English Premier League record against Arsenal with a goal as the Reds secured a 3-0 away win. The 28-year-old has now been involved in nine goals in nine fixtures against the Gunners, scoring seven and providing two assists.

Jota grabbed his second of the game late on to ensure Klopp’s side leave the capital with all three points to their name. With this victory, Klopp’s men extended their winning streak to three in all competitions. They occupy the fifth position with 49 points from 30 games.

The Gunners sit in the ninth spot with 42 points from the same number of fixtures.