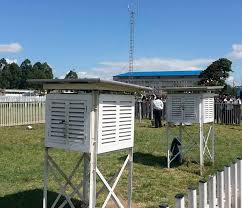 The Kenyans metrological department has diffused fears of heavy down pour in the next three months. In the latest forecast update of October and December, the weatherman (KMD) has indicated most parts of the country will experience lower rains.

“Several parts of the country are likely to experience depressed rainfall while Western Kenya is likely to receive near-average to below-average rainfall,” the weatherman’s Climate Outlook for the October-November-December (OND) 2020 “Short Rains” season shows.

The forecast is due to the near-average Sea Surface Temperatures (SSTs) over the western Equatorial Indian Ocean which is close to the East African coastline.

The situation is also coupled with warmer than average SSTs over the eastern Equatorial Indian Ocean that’s closer to Australia.
“This constitutes a negative Indian Ocean Dipole (IOD) that is not favorable for good rainfall over most of East Africa,” Stella Aura, the Meteorological Department director explained.

“The distribution of the rainfall in time and space is expected to be generally poor over several areas especially during the month of October and the peak month of November.

In the month of December sunny and dry conditions are expected to prevail over several places in the country as the cessation begins,” she added.