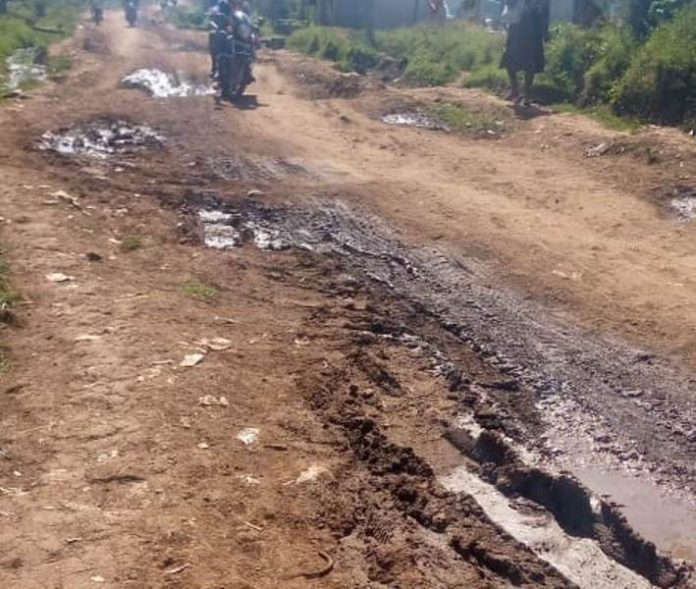 A section of Manyatta B  traders and residents now want the county government of Kisumu to repair and maintain the drainage system and sewage lines  of Transformer- Daraja Mbili road. The residents claim that currently the road is inaccessible with a lot of potholes affecting there bussinesses and livelihood directly.

Therefore, they are now calling the county to at least repair the road to ease their means of transport. They have further called on the county government and the area MCA to find a lasting solution because they are making huge losses and finding difficulty in reaching hospitals when they fall sick.

“The road is now full of big pot holes all over and when it rains, the floods fill the potholes making the road inaccessible to all users,” lamented a resident.

“As a petrol trader, this affects my business in that during rainy season, my customers that is the bodaboda, tuktuks and others change routes making me incur losses,” he continued.

The road has apparently been in the deplorable condition for more than three years now. The residents went ahead and stated that due to poor drainage system and sewage lines  they lost a four year child who accidentally fall into the sewage pit.

“Our request to the county government is very simple. Let them repair the drainage system and sewage lines of this road. Just last month we lost a four-year-old child who accidentally fell into a sewage pit,” Added Carilous Ayieko.

The residents say their area MCA has not been seen around her ward of late and attempts of reaching the county leadership have also failed.