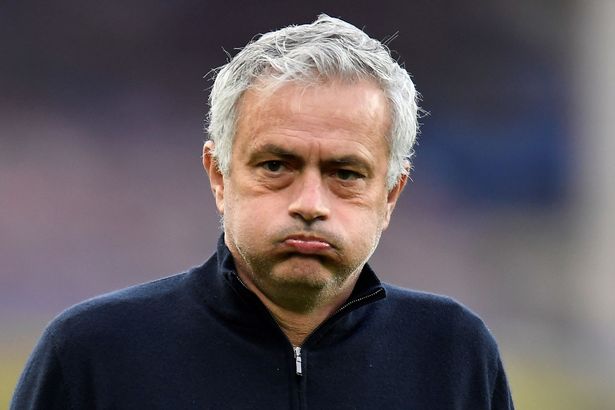 Jose Mourinho endured a miserable evening against one of his former clubs as in-form Inter Milan inflicted a humbling defeat on his Roma team.

Inter ran riot in the first half, with Hakan Calhanoglu netting direct from a corner to open the scoring.

Edin Dzeko finished off a fine move for 2-0 before Denzel Dumfries headed in.

Roma, who were without suspended England striker Tammy Abraham, had no answer as Inter cruised to a victory that takes them second in Serie A.

Simone Inzaghi’s team are a point behind city rivals and league-leaders AC Milan, who beat Salernitana 2-0 on Saturday.

Roma are fifth after a seventh loss in 15 games left them on 25 points. They are nine behind fourth-placed Atalanta, who won 3-2 at Napoli.

Saturday’s result equals the biggest home defeat Mourinho has suffered as a manager – along with Manchester United’s 3-0 Premier League loss against Tottenham at Old Trafford on 27 August 2018.