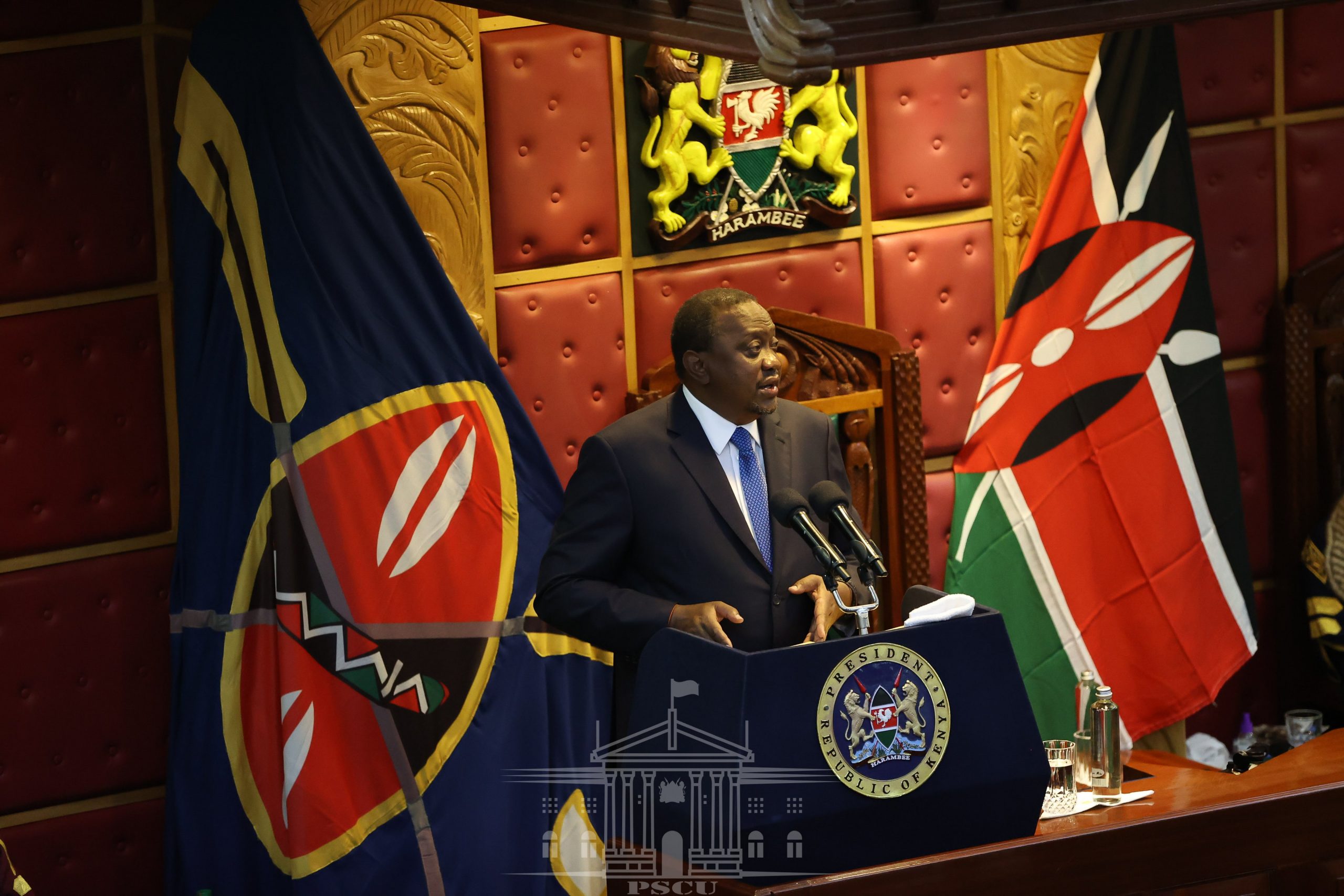 President Uhuru Kenyatta has emphasized the importance of national unity, saying without it the country will not realize sustainable development.

The President said it was the quest for national unity that made him to choose to bring together all Kenyans through his handshake with former Prime Minister Raila Odinga after the election of 2017.

“That is why after we finished the election of 2017, there were two roads. One was to say I have been elected and I will rule and finish my term. I had the ability to do that.

“The second road was to look at how our nation was divided and decide to bring all Kenyans together. And if having a handshake and talking to our rivals will bring peace and unity which is the foundation of development, then let’s follow that route,” President Kenyatta said.

The President spoke Saturday at Mululu village in Vihiga County during the funeral service of Mama Hannah Atsianzale Mudavadi.

Mrs Mudavadi, who died at the age of 92 years, was the widow of the late Cabinet Minister Moses Budamba Mudavadi and mother to former Vice President Wycliffe Musalia Mudavadi who is also the Party Leader of the Amani National Congress.

The Head of State pointed out that when he and former Prime Minister Odinga decided to shelve their political rivalry to unite Kenyans, they did not intend to lock out other people from exercising their political freedoms.

He said no one will derail his efforts and commitment to unite the country and advised politicians to be respectful and avoid utterances that could divide Kenyans.

“Let us come together as Kenyans and talk as Kenyans. That is what will deliver the dreams of the founding fathers of our nation. That way, we will be able to build a united Kenya where plenty is found within our borders.

“That is what we want and that is what my brother Uhuru Kenyatta and I stand for,” Mr Odinga said.