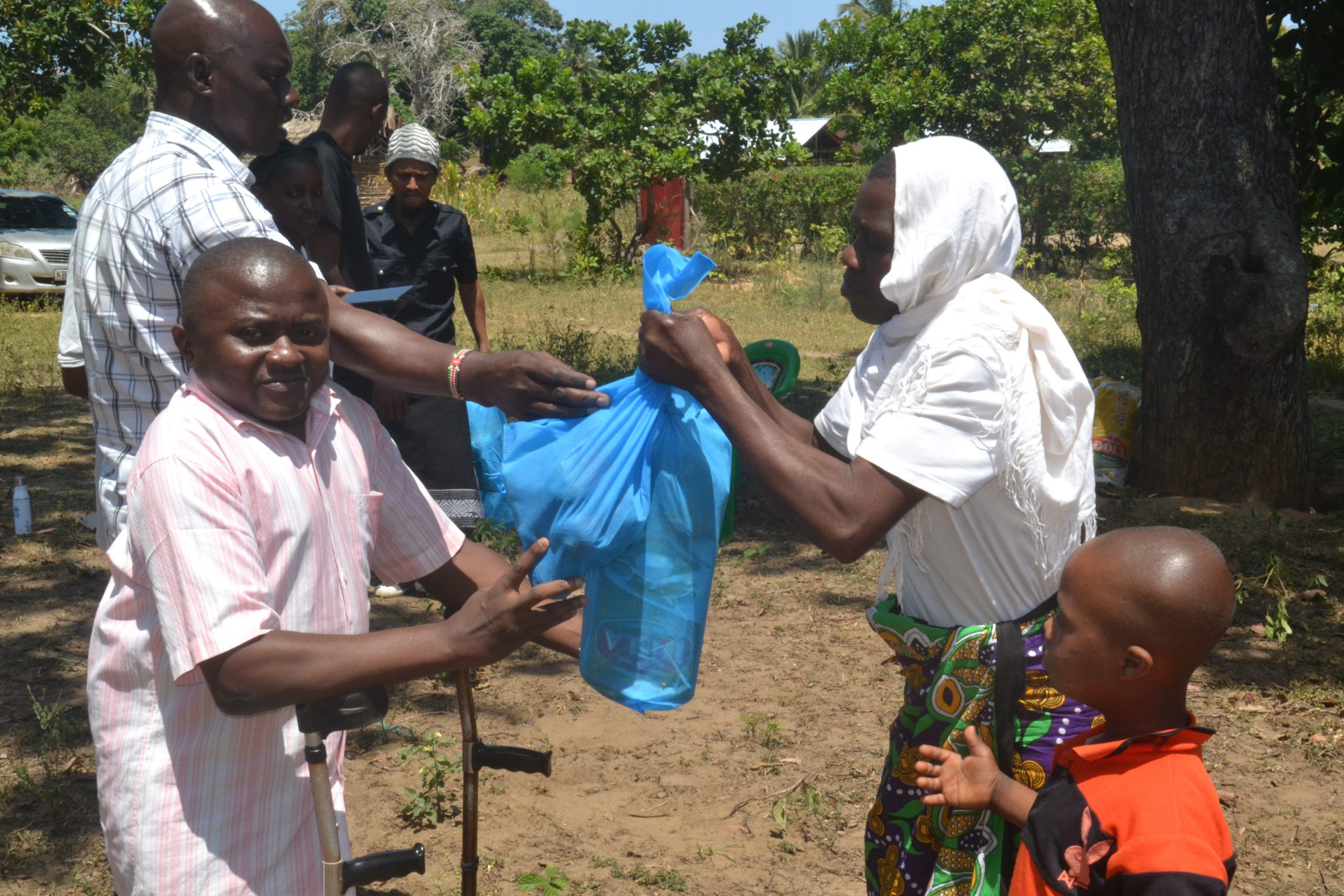 The government has come under sharp criticism from people living with disabilities in Kilifi County who now claim it has sidelined them at this time of the Covid-19 pandemic.

They said it has been difficult for them to get daily bread as they are unable to get any income due to the hard economic times.

The majority of them lack the basic necessities for survival like food, crutches, wheelchairs, and even the special Identity cards to enable them to access services given to people with disabilities.

Their problem has been worsened by the fact that the majority particularly those in the rural lack proper information.

At Dera village in Mdzongoloni those living with disabilities claim they were told to form a group and look for a certificate so as to benefit from any support from the government or Non-Governmental Organizations (NGOs) but to date, they are yet to receive any help.

According to Mr. Garama Kenga the chairman of Dera persons living with disabilities, they have not been able to get any support from the government a situation forcing them to live miserably.

Speaking after receiving foodstuff donated by a group of Kilifi youths who came to their aid after contributing money to help them Kenga said right now they depend on good samaritans for survival.

He said currently he depends on selling cashew nuts from his shamba which he sells to get food and at times it’s difficult to get a day’s meal.

Mr Kenga said getting school fees has been his major challenge too and he is forced to borrow money so as to pay school fees.

“We are happy to get donations from the youth, we are really thankful because we hear there is a lot of help but it has never reached us,” he said.

He said that at times he hears from the radio that people with disabilities are being supported but that has not happened to his group which has 30 members.

“Life has been very tough since the pandemic hit, I am a parent with four children but the economy is bad, I have to borrow money from good samaritans to get fees,” he said.

Kasichana Thoya said they went to Kashakooni area and were told to form a welfare group so as to benefit from funding to uplift their standards of living but surprisingly nothing has come up ever since and they are suffering.

To her, the idea of them being told to form welfare groups was a lie as they will continue being sidelined forever.

“We are meeting every Wednesday as people with disabilities but each time we ask ourselves why were we told to form a welfare yet there is nothing that is being done to support us,” she said.

Mr Thoya said she used to work at a cashew nut factory in Mkoroshoni but lost her job after the Covid-19 pandemic hit the country making it difficult to survive.

Currently, he said her child completed primary but could not join form one because of financial constraints.

“We are happy today because we got flour and relish but we are appealing for such a program to continue such that we get both food and money to pay fees for our children,” she said.

Shaban Matano a Wheelchair tennis player from Kilifi who is one of the youths who contributed to help the people with disabilities and widows said they decided to come together and celebrate Chenda Chenda with them and offer them relief aid.

He said this is after establishing that majority are languishing in poverty and do not get any support as many activities and aid is given to those in towns.

“We decided to buy for them foodstuffs so that they feel to be part of the community,” he said.

Matano said it has also come to their notice that people living with disabilities have challenges in accessing equipment for walking and almost all of them had no disability card.

Samson Menza one of the youths who volunteered to support the people with disabilities said they sat down and contributed Sh. 500 each and bought maize flour, Omena, tomatoes, and onions for them to get food.

He said they came with the initiative to support those with disabilities and widows because they are most hard hit by the pandemic.

“We sat down and saw how our widows and people with disabilities are suffering and thought of doing s0omething to help them,” he said.

Mr Menza said the people living with disabilities deserve to be supported because they are going through many challenges.