The plane carrying President Kenyatta and his entourage touched down at the Sir Seewoosagur Ramgoolam International Airport shortly before 7pm local time.

On arrival, the President who was received by Prime Minister Pravind Jugnauth, inspected a guard of honour mounted by a detachment of the special mobile force of the Mauritius Police Service followed by a 21-gun salute.

President Kenyatta’s visit to Mauritius is largely aimed at boosting the economic, cultural and social ties between the two nations. 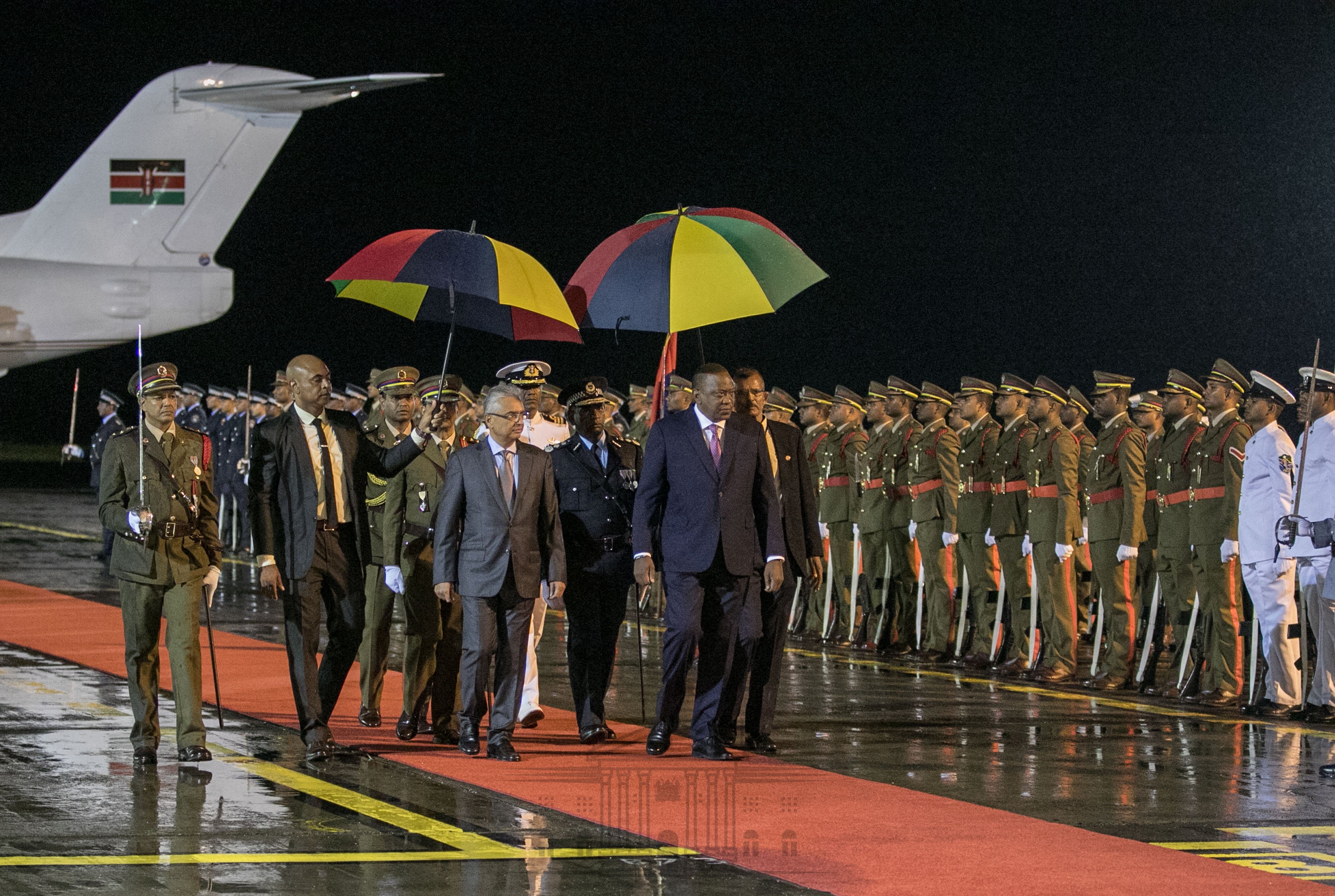 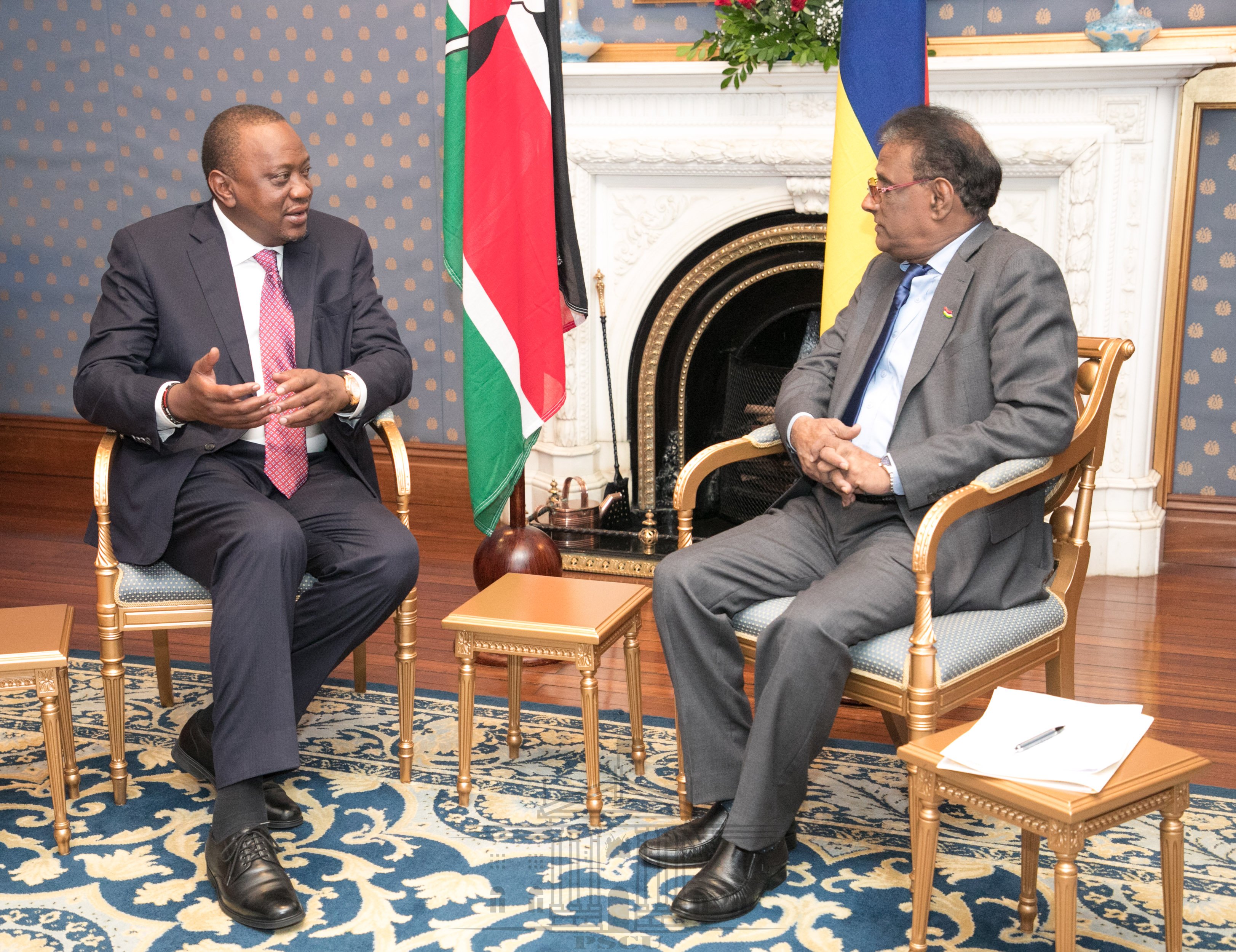 During his visit, President Kenyatta will attend a business forum organised by the Mauritius Economic Development Board in collaboration with the Mauritius Chamber of Commerce and Industry, the Kenya Private Sector Alliance (KEPSA) and the Kenya Investment Authority which will be used to showcase trade and investment opportunities in Mauritius and Kenya.