The talks between President Kenyatta and the Yemeni PM focused on various issues of mutual interest between Kenya and the second largest Arab State, including the issuance of Visas to Yemeni citizens visiting Kenya.

The two leaders also discussed Kenya’s candidature for a non-permanent seat at the UN Security Council in the forthcoming elections. 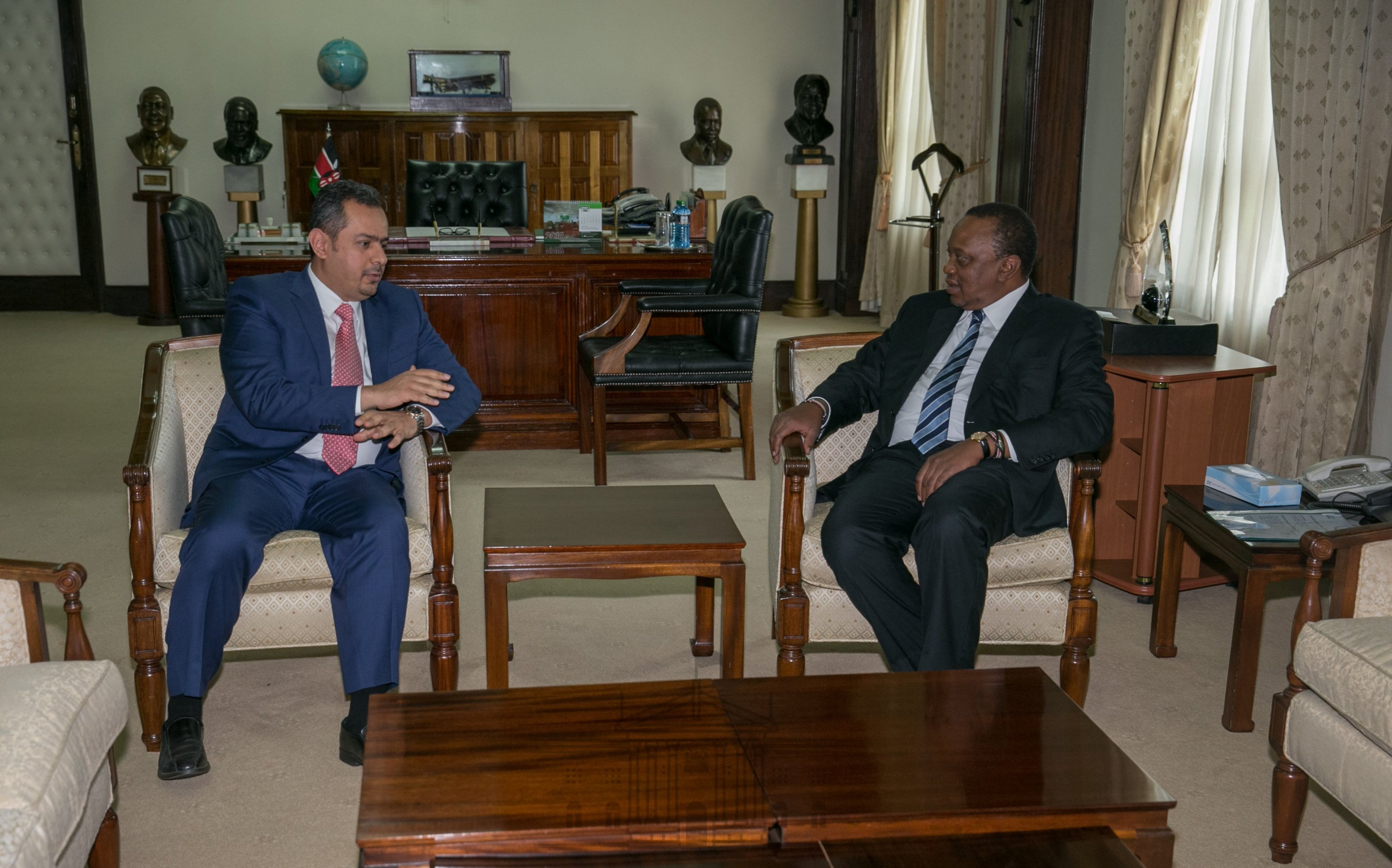 Also discussed were issues of peace and the security situation in the larger Middle East region and how stability in the Arab world impacts on East Africa, especially Kenya.

Later, President Kenyatta hosted President of South Sudan Salva Kiir Mayardit who briefed his host on the peace process in his country where political stability remains a challenge.

The two leaders underscored the importance of tranquillity
in South Sudan as a major component of regional stability.