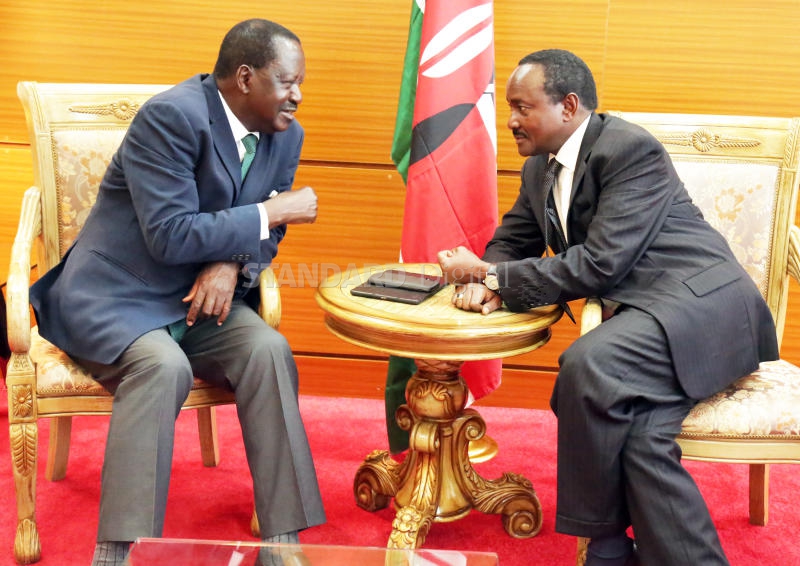 This comes aftet ODM leader Raila Odinga directed the party to receive the lion’s share of the coalition party.

Both leaders are aiming on forming the next government and for Raila, this will be his final dart at the top seat.

RailA Odinga has recently managed to court central Kenya, a region that holds over 9 million voters and is considered a key vote block.

The region will for the first time head to. the polls without a clear path on their vote.

As for Kalonzo Musyoka, the Wiper leader has recently suffered challenges from young Turks led by Dr. Alfred Mutua, but still controls the Ukambani region.

Gideon Moi, whose KANU party has cast doubt on his chances at the One Kenya Alliance, has since chosen to go at it alone seeking coronation at Kirinyaga.

KANU Chairman Nick salat has pointed out that the party has a coalition agreement with the Jubilee party and is not willing to let go.

Although Raila Odinga has not stated if he will run for president next year, it is assumed that Mt Kenya tycoons who have financed previous presidential campaigns, concur with Uhuru’s strategists that Raila is the region’s best option.