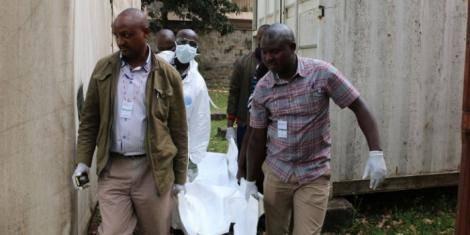 A form four boy was last night lynched by girls after he sneaked into their school for an unknown mission.

According to Police reports, the 17-year-old student at Gathiruini boys secondary school in Kiambu county was killed inside the school.

The form four student, accompanied by five others sneaked out of their school and crept into a girls dormitory at Komothai girls secondary school, at around 4 am. They discreetly entered Phoebe House for an unknown mission.

The girls spotted the intruders and immediately raised an alarm, attracting the whole school.

Guards, teachers, and students armed themselves with crude weapons and rushed towards the dormitory.

In the ensuing melee, four boys escaped, leaving their colleague behind. He was cornered by the angry students and staff and beaten senselessly.

He succumbed to the injuries in a nearby hospital.

The 4 am incident left both schools perplexed. Police are investigating the incident.

Crime scene detectives later visited the scene and recovered planks of wood suspected to have been used to assault the suspect.

Police have cautioned members of the public to desist from taking the law into their own hands and accord suspects the opportunity to face justice in a court of law.