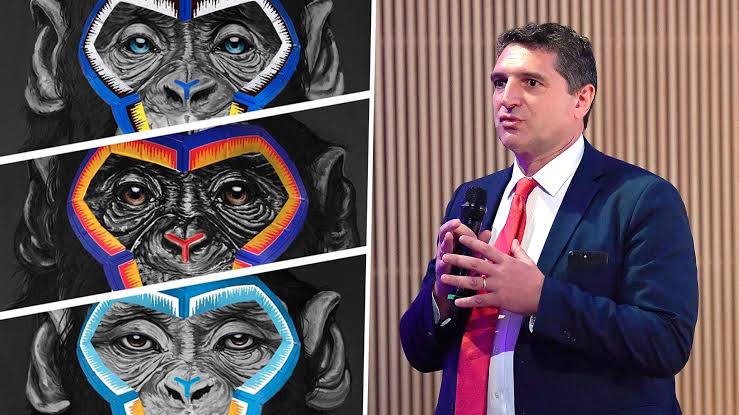 The Italian football league, Serie A has come out to defend a controversial work of art used in an Anti-racism campaign.

In a report prepared by Independent Sport, the artist, Fugazzotto, said: “I only paint monkeys as a metaphor for human beings. We turn the concept back on the racists, as we are all monkeys originally. So I painted a Western monkey, an Asian monkey and a black monkey.”

The league sparked outrage as it unveiled a new ‘No to racism’ campaign which centred around apes framed with different colours, created by artist Simone Fugazzotto.

In response to criticism, Serie A general manager Luigi De Siervo said: “Simone’s paintings fully reflect the values of fair play and tolerance, so will remain in our headquarters.

“We’re working on facial recognition software to use inside the stadiums. We’re still awaiting authorization from privacy authorities but we should be able to get that with the help of the government. Once those images are available, clubs will have to intervene directly.”

Sadly, all of the players — except for Pjanic, who is Bosnian — are black.