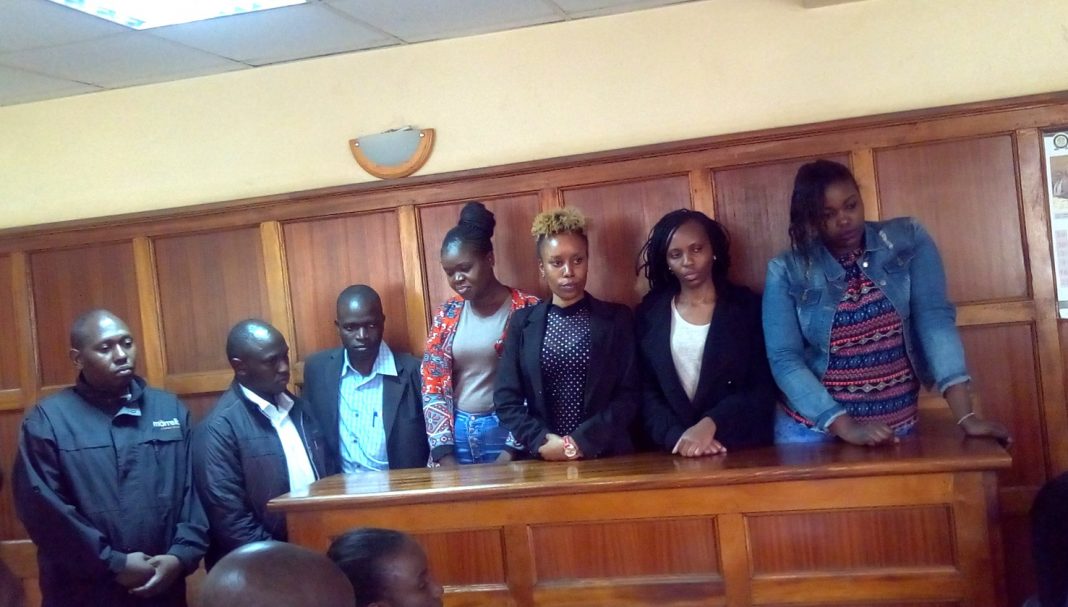 Seven employees of Murugu natural and nutritional clinic have been charged with manufacturing of medicinal substances without a manufacturing license from the board.Catherine Nduta Warui, Diana Wanjiku Wahu,Lucy Njeri Mwangi,Saida Mariam Zakaria,Henry Mukhwana Mukunga,Samuel Kamau Nganga and Francis Maina Ndumia are accused of being found in possession of unregistered drugs contrary to the Pharmacy and Poisons Act.


The accused are alleged to have committed the offence on 17th June,2019 at the said clinic along Moi Avenue in Nairobi.
The seven are also charged with the sale of unregistered drugs in contravention if the said Act.
They also face a charge of supplying Poisons when the container is not labelled in the prescribed manner in contravention of the Act.
They denied the charges before Senior Resident Magistrate, Zainab Abdul at the Milimani Law Courts.