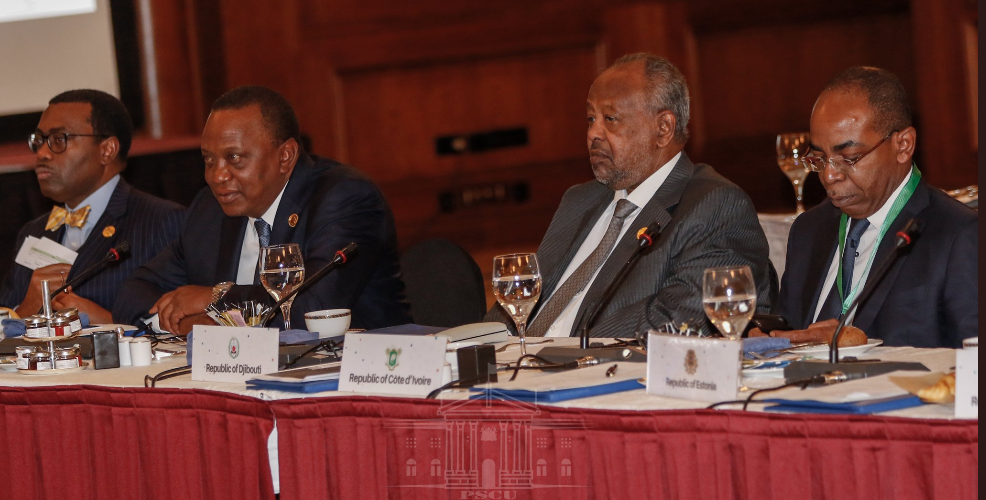 President Uhuru Kenyatta today attended a high level board meeting of the Smart Africa Alliance Initiative that is working to digitize the economies and trade of 24 countries across the continent.

Smart Africa Initiative Alliance aims to leverage on technology to create a single digital market in a region that enjoys a population of over 600 million people.

President Kenyatta attended the initiative’s 5th board meeting on the margins of the 32nd Heads of State and Government Summit of the African Union currently underway in Addis Ababa, Ethiopia.

The Alliance is chaired by President Paul Kagame of Rwanda who led today’s session.

President Kenyatta, who is a board member of the alliance, held brief side discussions with the Rwandan leader before proceeding to other official engagements at the AU headquarters.

According to ICT Cabinet Secretary Joe Mucheru, the Heads of State have already instructed their respective Central Banks and communication regulators to put together a framework for mobile money transfer across the 24 states.

The CS said that agenda under discussion during today’s meeting included One Area Network (OAN), roaming in the 24 countries and the targeted reduction of costs of data in the member states to a low of eleven US cents per mega byte.

The Smart Africa Alliance Initiative aims to leverage on the progress registered in digital connectivity since the Connect Africa Summit held last year and use technology to reduce poverty, enhance participation, improve service delivery and create prosperity for the 600 million people in the 24-nation economy

The Heads of State from the 24 countries have already made a strong commitment to provide leadership in the implementation of SMART country programs and to involve development partners and the private sector in the digital connectivity endeavour.

Besides Kenya, South Africa and Egypt are among the other members of the Smart Africa Alliance.