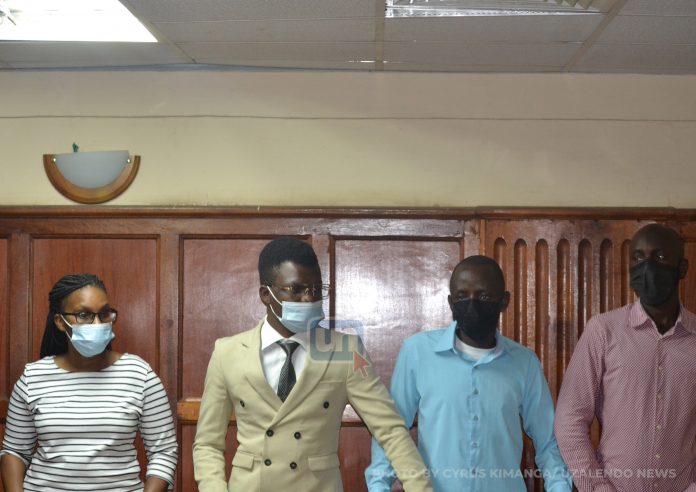 Seven IT gurus GED 23 to 28 were arraigned before Mililani Law Courts Over Cyber crime allegations.

The offense is said to have been committed on or before 27th March 2018.

Further, Kelvin Omolo is charged with conspiring with the core-accused persons to steal Ksh 950,550 from the said bank on 27th march 2018.

All the accused persons denied the charges and are out on a cash bail.

The case was coming up for hearing today before the said Court.

However, the prosecution prayed for adjournment of the hearing on the basis that the investigation officer was not in Court.