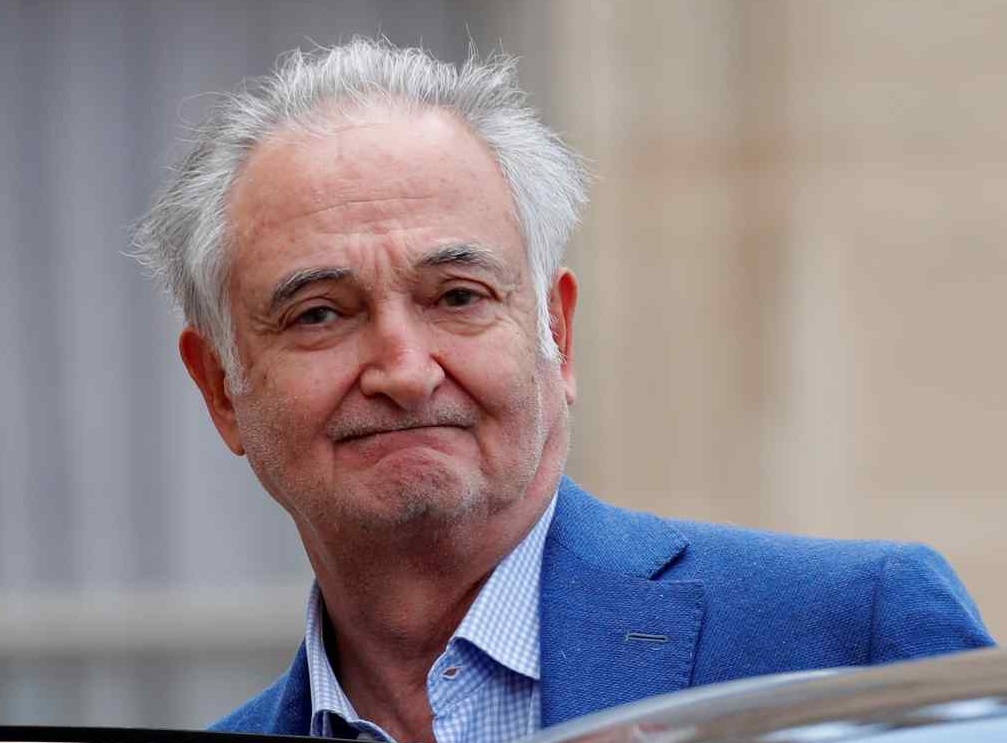 The novel coronavirus pandemic has put the world at a crossroads of history in which the balance of power is poised to change hand.

Jacques Attali, the French economic theorist and the founding president of the European Bank for Reconstruction and Development, said the process will be similar to the transfer of power from the church to secular authorities that occurred in the wake of the Black Death, which killed tens of millions of people in the late Middle Ages.

“Today, there is a new legitimacy which appears, [and] that is technology,” Attali said. “The question is whether we use technology as a totalitarian power or as an altruistic and empathetic power. For me, the real legitimacy of democratic power tomorrow is empathy.”

The common thread shared by pandemics throughout human history is a shift in power, Attali said. In the 15th century, legitimate authority transitioned from religious institutions to secular authorities. As people better understood science, legitimate power again moved from the secular authorities to medicine. Now, the world could belong to technology, for better or for worse, said the adviser to former French President Francois Mitterrand.

Speaking to the current state of geopolitics, the Chinese economy is slowly recovering from the ravages of COVID-19, the disease caused by the coronavirus, while Western nations are grappling with the pandemic. But Attali does not believe Beijing will come out on top when the dust settles on the crisis — unless certain variables come into play.

“I believe that China will be an important technological power but it has huge domestic problems to deal with,” he said. “China will prevail only if the U.S. deepens its inner division, and if Europe does nothing while China receives a sense of gratitude from countries — such as the ones in Africa — by helping them out of the crisis.”

“In the meantime, other countries will be warier toward the lack of transparency in China,” Attali added. “And dictatorships are not in favor of transparency.”

There is also room for an economic realignment, he said. “This crisis shows that the economy that has value is one that protects our life,” Attali said, citing health, hygiene, clean energy and innovation as some sectors that fit the description.

“They already represent 50 to 60% of the [gross domestic product] of each country. The percentage should be higher.”

Attali said the international community is entering into a “war economy” that will last for a long time, and that resources should be distributed to correspond to this new context.

For the global economy to recover, the international community should pour cash and resources into vaccine research, said Attali. Investment into vaccines lags behind funding for other areas, he said, describing the trend as “ridiculous.”

“The number one priority… is to put lots of money — which we don’t do — into vaccines and treatment research.”

Attali points to a risk of the virus igniting a wave of populism throughout Europe if the crisis is managed badly. But he remains optimistic that countries will largely avoid those pitfalls.

“In the beginning, there were signs of ‘every man for himself’ in countries like Germany, Netherlands or the Czech Republic, but now everyone has understood that we will only survive together. It is a rather important unifying factor for the construction of the European project, both in banking and industrial matters.”

Attali says Japan has the attributes to effectively deal with the coronavirus. “Japan is a country that has all the tools of crisis management, such as the extreme solidarity of the nation, the intelligence of its management, the technological capacity… [and] prudence too,” he said. “The fact that Japan is composed of islands also makes it easier. I believe Japan will come out stronger.”