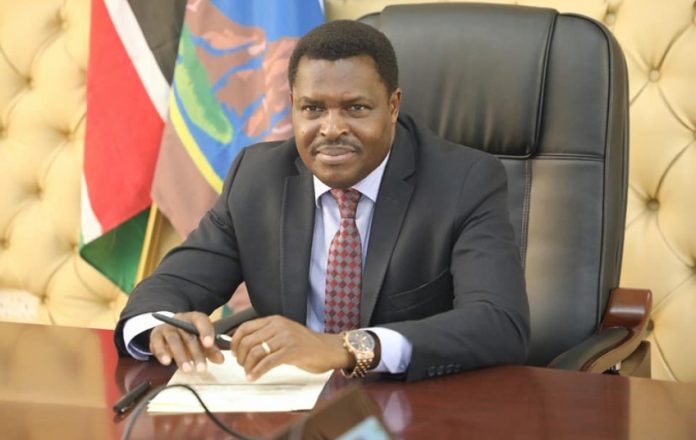 Njuki is in trouble over the award of a tender for a Sh34.9 million solid waster project, which investigators said was irregularly awarded.

On Friday, the Director of Public Prosecutions Noordin Haji said he was satisfied with the recommendations of the Ethics and Anti-Corruption Commission (EACC) on his involvement.

“The project was procured, implemented and commissioned without an Environmental Impact Assessment and before being licensed by the National Environment Authority (NEMA),” DPP Noordin Haji said in a statement released to newsrooms on Friday evening, hours after he approved charges against Lari Member of Parliament Jonah Mburu Mwangi over the misuse of Sh27 million from the Constituency Development Fund (CDF) kitty.

In the Tharaka Nithi investigation, the DPP said there was sufficient evidence to charge Governor Njuki and 16 other suspects, including county official and suppliers.

The DPP said investigators had established that the tender was awarded to a company known as Westomaxx Investments Limited, that had presented fraudulent documents, yet there were other 6 other firms that qualifed for the job.

President Uhuru Kenyatta has vowed a spirited war on corruption and even directed the EACC to expedite a probe on the alleged loss of more than Sh7 billion that was managed by the Kenya Medical Supplies Authority (KEMSA) on COVID-19 supplies.

Traffic along Jogoo Road To Be Disrupted Over the Weekend