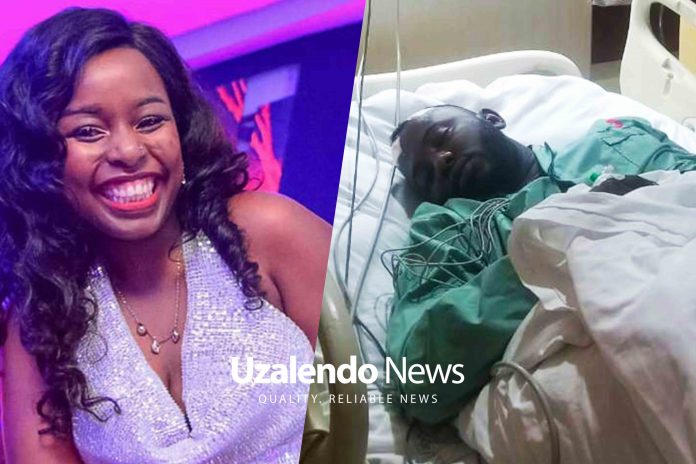 BY UZALENDO – Details are emerging that an unknown assailant may have assaulted Agnes Saumu Sonko as she exited the Memphis Lounge.

According to an handwritten statement alleged to have been dictioned by Saumu, the lass, like other Kenyans went to the club to cheer Divock Origi of Liverpool and Harambee Stars captain as they battled for the prestigious Champions league.

And as Origi scored and lifted the trophy, some assailant followed Sonko’s daughter and tried to molest her as she left the club.

The Kwale born beauty was in the company of fellow Coastarian Anwar Loitiptip during the incident. The Senator was floored by 9 assailants…and according to the statement, had to be rescued by Saumu’s cousins.

Saumu also sustained injuries while trying to shield her alleged boyfriend from taking blows to the head.

“I covered his head to shield him from the beatings when I was also hit on the right arm sustaining injuries. Anwar sustained cuts on the head,” Saumu added.

Raising the million dollar question: where was the Senator’s security?
Uzalendo News wishes the Senator and Saumu a quick recovery from the shock and Hopes that the culprits face the full force of the law.

Read More  Only Fans Model Charged With Murdering Her Boyfriend

Only Fans Model Charged With Murdering Her Boyfriend