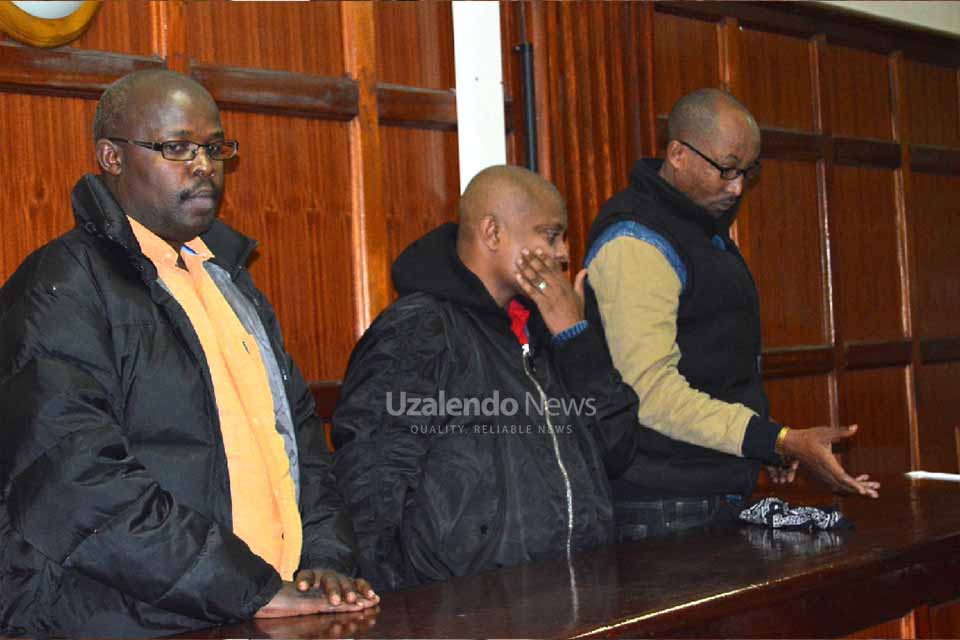 BY PRUDENCE WANZA – Three people have been arraigned in court over conspiracy to defraud a land owner Sh.2m by tricking him that his land had witchcraft.

Mzava Seleman Saluk,Sharif Ali Haji and Titus Fedha are accused of defrauding one Harbans Singh Nandsingh Santa Sh.2m by fraudulently tricking him that his land that he intended to sell had evil spirits,a snake and other witchcraft;cowry shells,gourds, black powders and assorted clothing.

The three tricked him that the land required cleansing by burning the snake and scattering its ashes into the Indian ocean.
They are alleged to have committed the offence on diverse dates between 10th June, 2019 and 26th June,2019 at 16 Red hill gardens in Westlands Nairobi.

The three face are also accused of conspiring to defraud him another Sh.280,000 by tricking him that another property he intended to sell in Kitsuru had similar evil spirits and they could cleanse it and scatter the ashes at the Indian ocean.

They are alleged to have committed the offence on diverse dates between 24th June,2019 and 5th July, 2019 at Kitsuru Westlands in Nairobi.

They denied the charges before chief Magistrate Francis Andayi at the Milimani law courts.
The three were each released on a bond of Sh.500,000 or an alternative cash bail of Sh. 300,000.