Top 5 Hottest Transfers To Watch Out This Summer 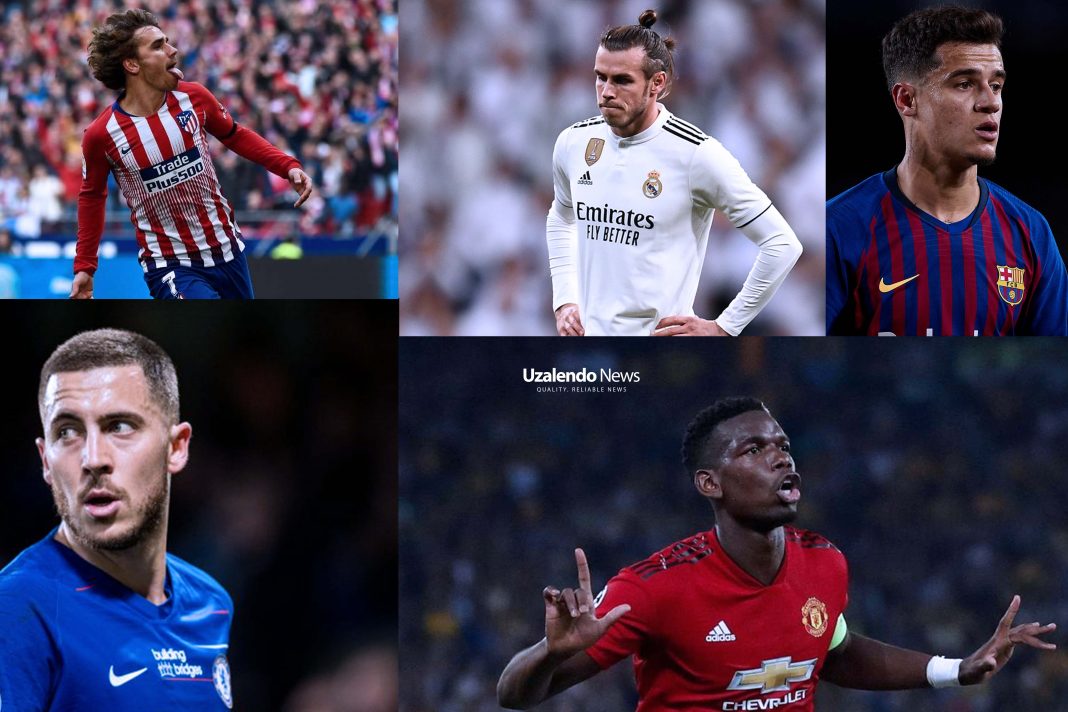 The domino effect of a Griezmann arrival, plus the money spent on De Ligt, could prompt Coutinho’s departure from Barca. But this one is a tad more complicated, the Brazilian has failed to live up to his price tag, and Spanish publication Sport believe that if Barca were to sell him, they’d want to recoup over half of that initial price (£86m). Manchester United have been linked with the 26-year-old but would likely need to sell first

According to Hazard himself, even with the Europa League final still to come. Real Madrid are confident of signing the Belgian, according to Sky sources, with just a year left to run on his Stamford Bridge deal. And if he’s told them he wants to go, will they fight to keep their best player with a transfer ban looming?

Bale has shown flashes of brilliance and single-handedly won them the Champions League last season, but as he approaches 30, his future may lie elsewhere. Bale is under contract until 2022, so won’t come cheap. Tottenham could take Bale in a £10m loan, according to The Sun

Less realistic than Hazard, but Real Madrid could be a destination for Paul Pogba this summer if he decides his time at Old Trafford is up, and particularly if United land Bale. However, L’Equipe reported this week Pogba’s wage demands do not fit in with Real Madrid’s wage structure, and Barca are unlikely to move for the World Cup winner.

Share
Facebook
Twitter
Pinterest
WhatsApp
Previous articleIs Raila Losing his Popularity in his Back Yard after Muhoroni Heckling?
Next articleConfession of One Suspect in Lawyer Willy Kimani’s Murder Will Now be Used as Evidence
- Advertisement -