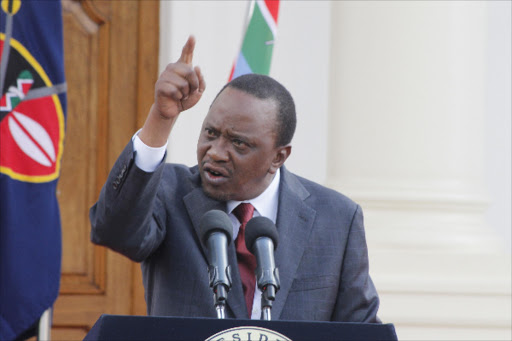 BY HENRY MARETE – President Uhuru Kenyatta has declined to assent to the Parliamentary Service Bill 2019, which contains provisions on increased allowances for Members of Parliament and also appears to circumvent the role of the Salaries and Remuneration Commission (SRC) in determining, and reviewing, salaries payable to Parliamentary staff.

In a memo dated August 16th but only transmitted to the National Assembly yesterday, the President questioned the Constitutionality of the two clauses in the bill passed on July 4th, on the basis that they ignored input by the SRC in reviewing salaries and allowances of all state officers.

“In exercise of the powers conferred on me by Article 115(1)(b) of the Constitution, I refuse to assent to the Parliamentary Service Bill, 2019, for the reasons set out hereunder….Subclause (2) provides that the commission shall regularly review the domestic and international travel allowances applicable to members and staff of Parliament.

Subclause (2) does not take into account or make reference to the role of the SRC under Article 230 (4) of the Constitution with respect to setting and regularly reviewing the remuneration and benefits of all State officers and advising the national and county governments on the remuneration and benefits of all other public officers,” Uhuru said in the memo sent to National Assembly Speaker Justin Muturi.

The President also recommends that clause 43 of the bill, empowering the PSC to determine the remuneration and allowances of staff who work for Parliament be amended by inserting the words, “on the advice of the SRC” in order to cure its unconstitutionality.

MPs now have 21 days to consider the memorandum and can only veto the President’s recommendations with the support of two thirds (233) out of the 349 MPs. Should they succeed to marshal the numbers and veto the President, it will be the first time in the history of the Kenyan Parliament that this has happened.

Even before his refusal to assent to the bill, the President had publicly voiced his opposition to the proposals by MPs, arguing that they would, besides their unconstitutionality, increase the country’s huge wage bill and exert an extra burden on taxpayers.

The PSC recommendations are however popular with MPs from across the political divide, who argue that by denying them the allowances, the SRC was being discriminatory since all other state officers accrue similar benefits, setting the stage for what could be a major showdown between Parliament and State House.

The Lyn Mengich – chaired SRC has already moved to court to challenge a 2018 move by the PSC to award all 416 MPs (Senate and National Assembly) a monthly housing allowance of Ksh.250,000 each, without seeking SRC’s advice and approval.