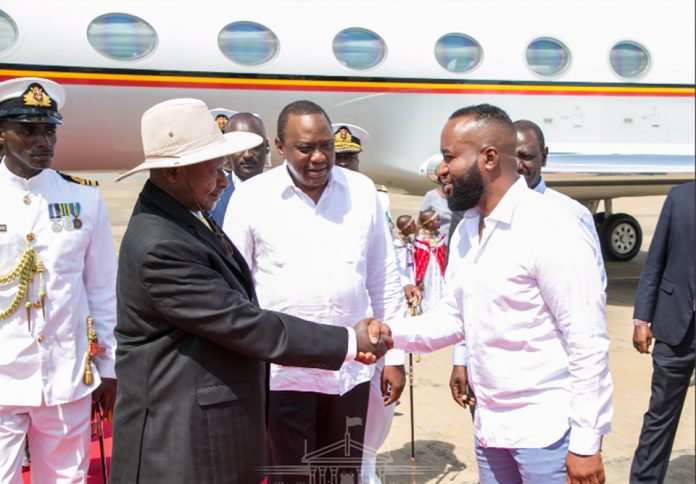 Ugandan President Yoweri Kaguta Museveni was accorded an elaborate State reception by his host President Uhuru Kenyatta who received him at the Moi International Airport in the Coastal City of Mombasa at the start of his two-day State Visit.

The visiting Ugandan President received a 21-gun salute, a ceremony traditionally reserved for Heads of State and Government, which was preceded by the national anthems of Uganda, Kenya and the East African Community played by the Kenya Navy band.

Thereafter, President Museveni inspected a colourful guard of honour mounted by a detachment of the Kenya Navy before heading to State House, Mombasa, for a tête-à-tête with his host President Kenyatta followed by bilateral talks.

After the bilateral talks, the two Heads of State will then attend a business forum before President Kenyatta hosts his visitor at State Banquet later in the afternoon.

President Kenyatta and President Museveni will tour the Port of Mombasa which is a major gateway for Uganda, Rwanda, Burundi and DRC imports and exports.