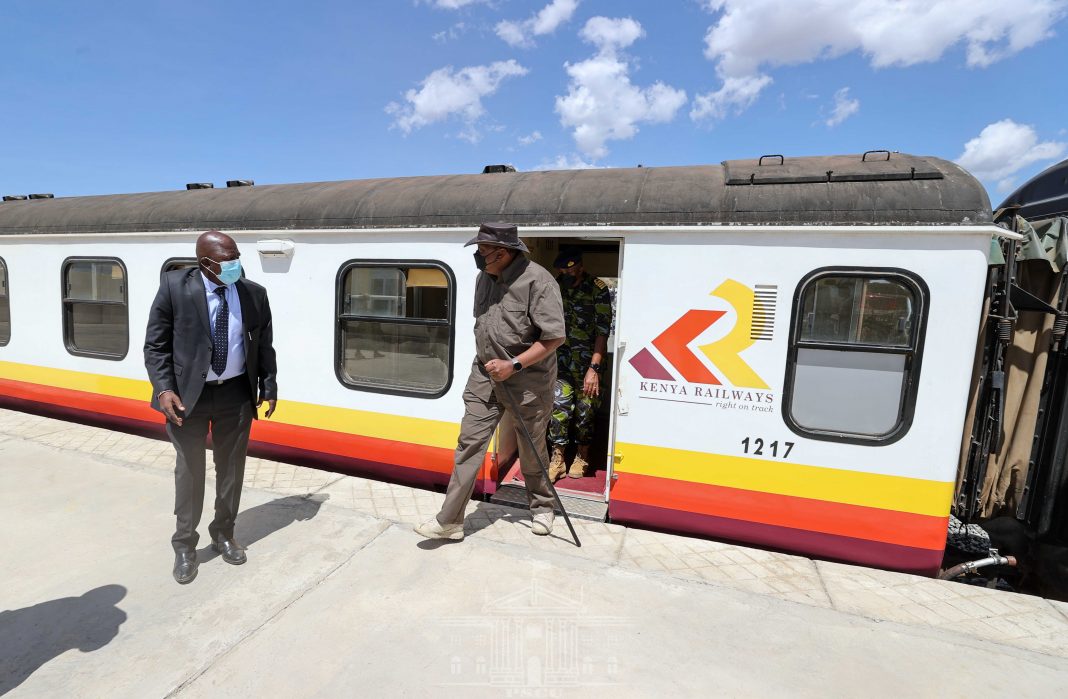 At the ICD, the President witnessed the trans-shipment of container cargo from the Standard Gauge Railway (SGR) to the Meter Gauge Railway (MGR) and took a train ride from Naivasha to Longonot.

President Kenyatta, who was accompanied by Chief of Defence Forces General Robert Kibochi, hailed the partnership between Kenya Railways and Kenya Ports Authority (KPA) for the successful execution of the SGR to MGR container cargo trans-shipment project.

From Longonot railway station, the Head of State flew to Kisumu Port where he toured the Kisumu Shipyard and inspected the ongoing construction of MV Uhuru II wagon ferry, dry dock and slipway.

The construction of the wagon ferry was commissioned by President Kenyatta and his Burundi counterpart Evariste Ndayishimiye in May last year during the inauguration of the Kenya Shipyards Limited.

In Mbita, President Kenyatta inspected the new bridge which replaced the 1983 causeway. The Government is dredging the area to remove the massive siltation that has been a hindrance to human activities on the lake including fishing and maritime transport.

Speaking to Mbita residents who turned up to welcome him, the President called for peace and tranquility as the country heads to the forthcoming polls saying national unity was one of the reasons for his ‘handshake’ with former premier Raila Odinga.