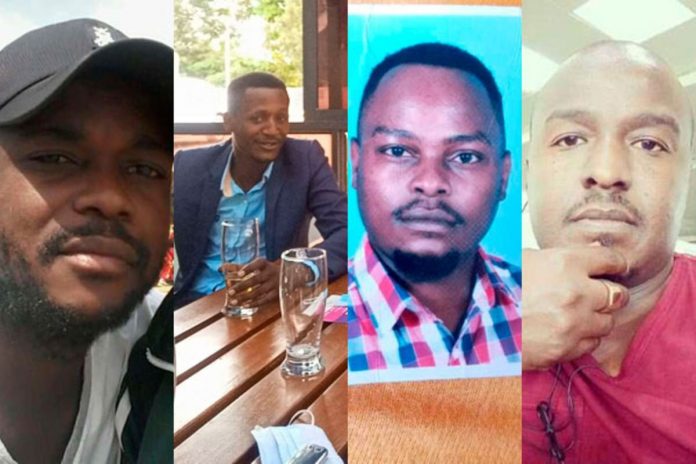 The family of Jack Ochieng, a Kitengela friend whose body was discovered in Murang’a County on Thursday, April 29, has spoken out about the heinous murder.

“We came to Murang’a to identify him but the body that we saw is not my brother’s. His ear is not the same, his teeth, hairstyle are different and the clothes he was wearing are not his,” Jack’s brother said.

After getting lunch at a popular Kitengela club, the four guys, Ochieng, Benjamin Imbai, Brian Odour, and Elijah Obuong, went missing. They reportedly fled in a white Toyota Mark X, but were found missing after just a few hours.

According to reports, their car was discovered in the same location where it had been parked.