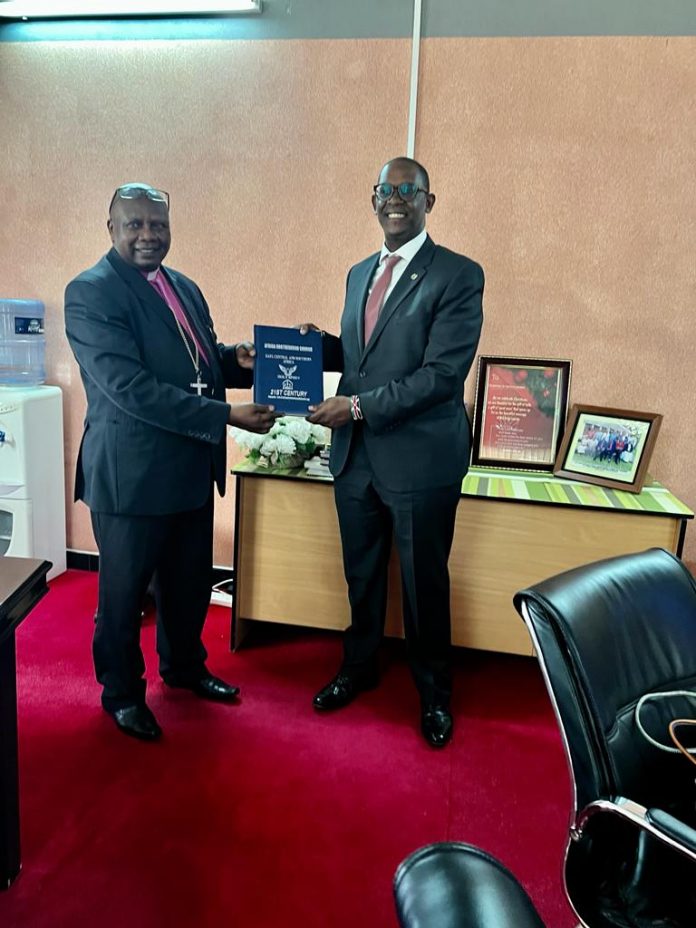 The duo exchanged pleasantries as the Clergyman outlined issues affecting the Machakos faithful.

Waita later on checked in at a popular restaurant where he dined with locals.

Waita, who is expected to vie for the Governor of Machakos in the August 9 election treated shoe shinners to lunch at the popular T Tot Hotel.

He is yet to declare his candidature but he has created vibes accross the county and send shock waves in political circles.

He is expected to launch his campaign in March.