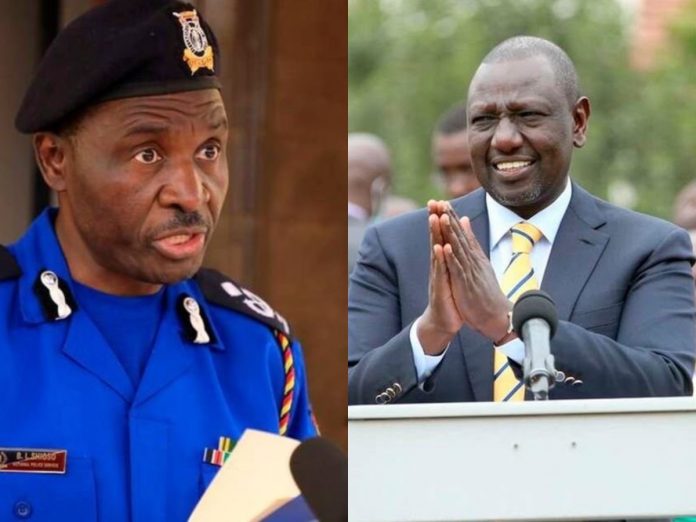 The National Police Service has denied any involvement in “state-sponsored violence” ahead of the August polls.

The Office of Inspector General of Police Hilary Mutyambai said in a statement that the DP Ruto led party made “baseless and incorrect” accusations against the police service.

“The allegations are utterly baseless and false in nature and are maliciously intended to injure the reputation of the NPS and its officers. None of the allegations listed in the said letter have been formally reported to the NPS.”

This was stated by UDA Secretary-General Veronica Maina in response to the weekend Jacaranda mayhem. After boisterous youngsters flung stones at the crowd, Deputy President William Ruto’s rally at Jacaranda was disrupted by mayhem.

However, according to Maina, there have been over ten big criminal episodes of violence so far.

At least six of these were brought to the IG’s attention.

Kisii turmoil on September 2, Murang’a chaos on October 4, Taita Taveta chaos on August 24, 2021, Kondele, Busia, and Nyeri chaos are among the six.