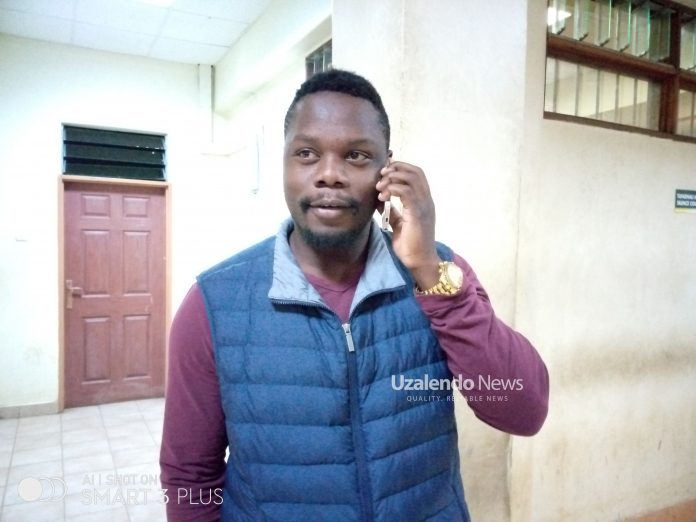 BY PRUDENCE WANZA – Warrant of arrest to rugby player,Alex Olaba facing rape charges have been lifted. The player had failed to show up for judgment of the case on 11th and 12th of July last week.

Senior Principal Magistrate Kennedy Cheruiyot lifted the warrants this morning after the accused person presented himself in court.
The accused explained that he failed to show up for the judgment  because he was at school trying to get in touch with the dean of students hoping to be readmitted after he was expelled when the case started.

Through his lawyer he also said that he was sick and as a result he got admitted and therefore was not able to attend court on the 12th of July,2019.
The player had failed to show up twice for judgment of the case which caused the magistrate to issue a warrant of arrest.

Olaba is charged together with a fellow rugby player, Frank Wanyama where they denied gang-raping a female singer and were released on a cash bail of Sh.500,000 each in August last year.
The two were alleged to have committed the crime at High rise estate, Nairobi on 11th February,2018.

Since then, Olaba and Wanyama have not taken part in any rugby event. The judgment of the case has been deferred to 5th August,2019.

Nadia Mukami wins an award at the Zuri awards 2021