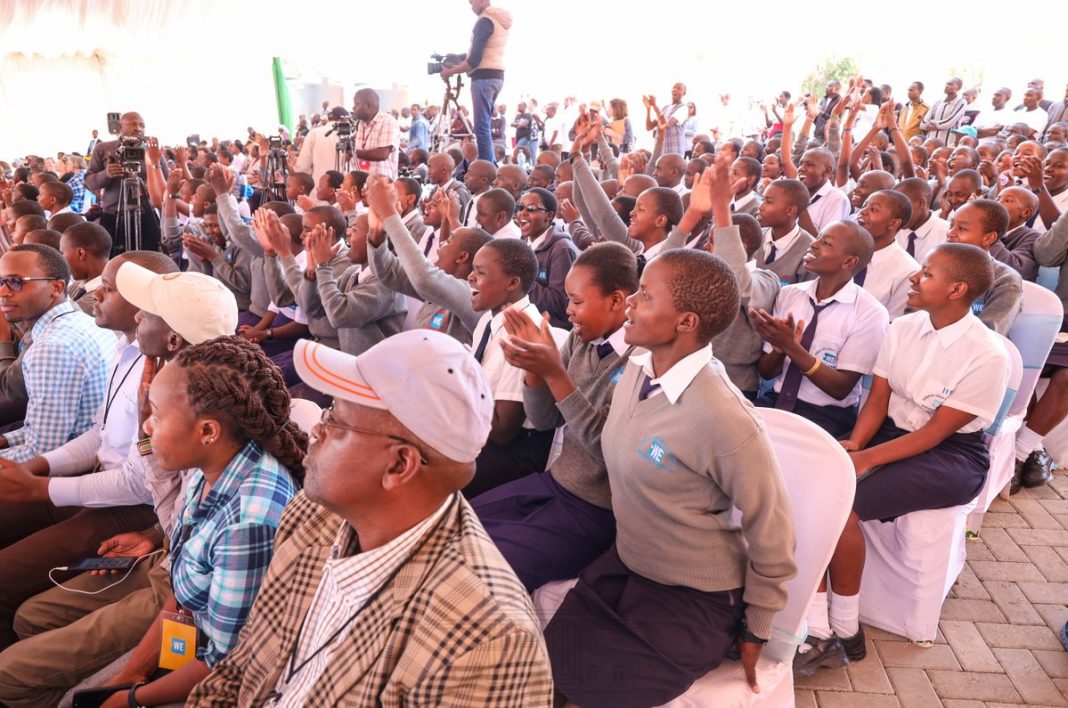 First Lady Margaret Kenyatta has called on education sector stakeholders in the country to create more opportunities for women and girls especially those whose education is disrupted for whatever reason.

The First Lady who spoke today when she presided over the official opening of the WE College in Enelerai, Narok County said there is need to find solutions for girls and women whose education has either been delayed or disrupted by socio-cultural barriers that stand on their way.

“I urge us to keep this initiative going so that we find ways to educate more girls and boys; and to find answers for the girls and women whose education has been delayed or disrupted,” the First Lady said.

WE College is a unique tertiary institution offering a range of courses to vulnerable girls from the largely pastoral Maasai community in Narok County.

The college which is sponsored by the WE Charity of Canada has adopted a unique training framework that gives young learners their first school experience followed by their first job exposure while remaining close to their families in a familiar environment.

The First Lady who was joined at the opening ceremony by former Canadian First Lady Margaret Trudeau and former Canadian Prime Minister Kim Campbell urged the youth in the institution’s catchment area to embrace the opportunity presented by the facility adding that education makes the highest return among all social investments.

“Education yields the highest return of any social investment or intervention that we can give our children and break the cycle of poverty,” she said.

She said the training model at the college provides transformative opportunities for the Kenyan youth and applauded the sponsors for adopting a framework that seeks to eliminate barriers that cause high drop out rates especially among girls who are often left behind due to cultural, social and financial barriers.

Besides Canada where it has its global headquarters, WE Charity has presence in 44 other countries among them Britain, USA, Kenya, India, Ecuador, Nicaragua, Haiti, Sierra Leone, China and Ethiopia.

In the 16 years since the organization began partnering with the Maasai and Kipsigis communities in Kenya, schools, hospitals and libraries have been built, water projects, public toilets, kitchens and teacher accommodations put up and large parcels of land but under irrigation agriculture.

In Narok County, the charity has put up and equipped over 30 primary schools, two secondary schools (one each for boys and girls)  and two hospitals among other key infrastructure.

The First Lady who made an extensive tour of the WE Charity facilities at Enelerai including the Baraka Hospital thanked the organization for the investments as she applauded the residents of the area for their collaboration and support.

“I applaud the investment in the Baraka Level 4 Hospital and the Women Empowerment Centre that are part of the WE Charity programs that help remove the barriers that sometimes impede communities from development,’ the First Lady said.

Mr Craig Kielburger who co-founded WE Charity aged 12 years in 1995 and the Canadian High Commissioner to Kenya, Ambassador Lisa Stadelbauer also spoke at the opening ceremony.