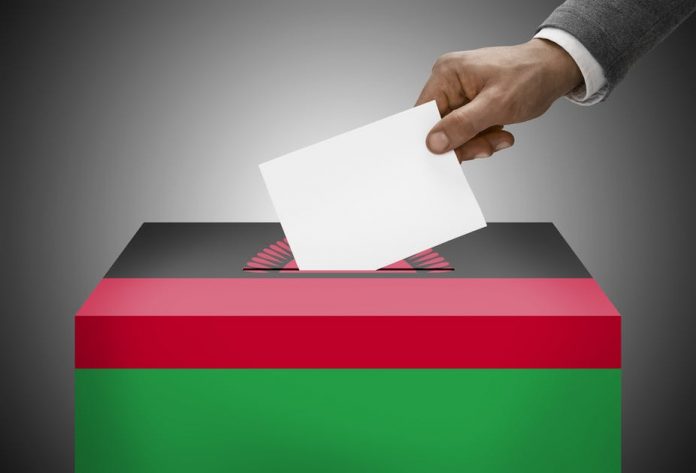 Malawi is going to the polls to elect a new president, new members of Parliament and local government representatives. Newly elected officials will serve for the next five years. This is the sixth nationwide election Malawi has held since it became a multiparty democracy in 1994. It is the first poll since the introduction of a new law last year designed to regulate the registration, funding and functioning of political parties. Thabo Leshilo asked Chris Changwe Nshimbi to explain what to expect.

How many people and parties are registered to vote?

Overall, the Malawi Electoral Commission registered about 6.86 million voters for the elections. This number is down from the 7.5 million registered voters in the previous elections, in 2014. There are 17,5 million people in Malawi, of whom 8,6 million, representing 49% of the total population, are 18 years or older, and eligible to vote.

The voters have 1331 candidates across the country from which to choose 193 MPs. Thirteen of the country’s 50 registered political parties are contesting the elections.

Following the withdrawal from the presidential race of the only woman candidate, former president Joyce Banda, the electorate now has eight men, from which to choose its next President.

Who are the main contenders?

Of the seven other presidential aspirants, Mutharika and his Democratic Progressive Party face two main contenders in Saulos Chilima, his Deputy President and leader of the newly-formed United Transformation Movement; and Lazarus Chakwera, leader of the Malawi Congress Party, a former pastor.

Chakwera, whose party is the second largest in Malawi’s parliament, has promised inclusive development if voted into office.

Chilima, Mutharika’s onetime ally and presidential running mate in the 2014 elections, shocked Mutharika in 2018 when he quit the governing party to form UTM. The former corporate executive is calling for change in the way in which Malawi is governed. Chilima says his candidacy represents a generational shift that will reverse the downward trend in Malawi’s environmental, economic, social and political trends, which seems to be “business as usual” to Mutharika.

What are the issues in the elections?

Both Chilima and Chakwera have made corruption a major issue in their campaigns, accusing Mutharika of nurturing it. Malawi has indeed witnessed scandalous high-profile corruption in the past decade. The 2013 “Cashgate” scandal, for example, saw donors withdraw financial support and aid to the country, whose national budget is 40% donor-funded.

Interestingly, corruption was a major issue that contributed to Joyce Banda losing to Mutharika in the 2014 elections. Ironically, it’s Mutharika who is being accused of corruption this time around. Whether the accusations will stick and, consequently, see history repeat itself remains to be seen after the elections.

For his part Mutharika has been highlighting improvements in infrastructure and the lower inflation rates Malawi has seen during his first term. He also takes the credit for having stabilised the economy, which he found in shambles in 2014, and for improvements in the country’s agricultural output.

He has promised to continue improving Malawi’s infrastructure and to subsidise agriculture, if he retains power. He has gone as far as promising to develop Malawi to the levels of Europe.

Can the elections be free and fair?

Apart from the devastating effect Cyclone Idai has had – some people lost their voter registration certificates to flooding and some candidates could not reach people trapped in evacuation camps – not many complaints have been raised by contenders about the fairness of the playing field in this year’s election.

A worrying factor is the decline in the number of voters registered for the elections. But, such apathy is not unique to Malawi. Several factors are normally cited for this, including disappointment with politicians who fail to deliver on campaign promises.

Some people have raised concerns about the 79-year-old Mutharika’s health. They doubt his ability to effectively lead Malawi for another five years, given the country’s socio-economic challenges. The landlocked country is one of the poorest and least developed in the world.

These challenges actually apply to whoever emerges victorious after this poll.

Two cases in point are agriculture and employment. The Malawian economy is predominantly based on subsistence agriculture, which is crucial for food security. The majority of people who practice this type of agriculture also live in rural area.

And that’s where most of the vote comes from. Whoever wins the hearts of rural voters will most likely carry the day in Malawi. The same applies to the candidate who offers a better promise to the nation’s many jobless young people.

It’s an achievement in itself that Malawi is holding its sixth multi-party national elections since its transition from its era of dictatorship under former President Kamuzu Banda. Banda ruled the country with an iron fist for the first three decades after independence.

But beyond free and fair elections, democratic consolidation entails fulfilling electoral promises, especially those that relate to citizens’ rights to basic services like water and education. The country also needs to provide decent work for its citizens.

The eight candidates contesting for the presidency and the 13 political parties that are vying for Parliament clearly show that Malawi’s election is open. But, more could be done to promote the participation of women.