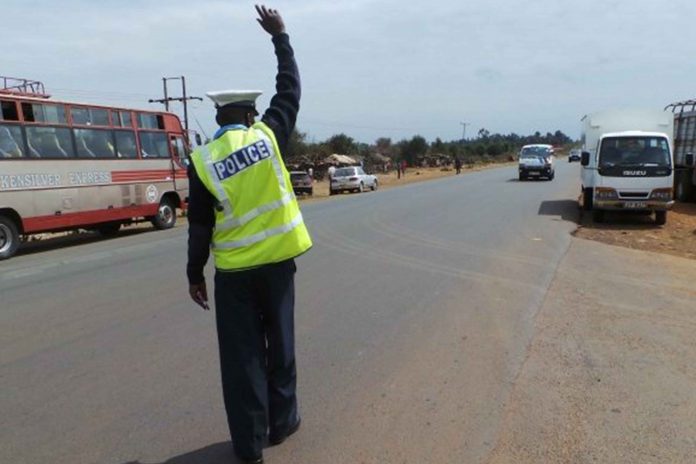 BY PRUDENCE WANZA – A traffic policeman charged with assaulting and causing serious injuries to a Matatu driver that led to removal of his testicles was on Friday, 24th May, 2019 acquitted by a Milimani court.

Jamal Hussein was facing charges of causing grievous harms to the driver while held at the Kasarani police station on July 29, 2013.

The driver had been arrested over traffic offence but was injured in the process of arrest and detention.

Senior principal magistrate Kennedy Cheruiyot said although the driver suffered severe injuries that led to removal of his genitals during treatment, there was no sufficient evidence to place responsibility of inflicting the injuries on Hussein.

Hussein was charged in 2016 after the Independent Policing Oversight Authority’s (IPOA) recommendations that he be charged with causing grievous harm to the driver were approved by the then Director of Public Prosecutions Keriako Tobiko.

The driver had been arrested by three officers attached to Kasarani Traffic base for an alleged traffic offence.

He had attempted to flee the cops after he was stopped at the GSU headquarters. The driver was slapped and pulled out of the vehicle then was handcuffed. It was alleged that he was assaulted and kicked on the groin before he was locked at the Kasarani police station overnight.

The driver was charged with six offences and pleaded guilty to five of them. He was sentenced and locked up at Nairobi Area Remand and Allocation where it was discovered he had severe injuries on genitals.

The driver’s testicles were severed at Kenyatta National Hospital where he was taken by the prison medics.

“After establishing the severity of the injuries, the hospital had no other option but to remove the driver’s testicles .The assault effectively rendered the driver handicapped and he has since been unable to engage in gainful employment,” IPOA investigations report read.

The report also said that the driver spent the night in police cells and was not taken to hospital, despite complaining of assault-related injuries.

But Cheruiyot said although the number of doctors who testified outnumbered that of other witnesses, there was no evidence to prove Hussein caused the injuries to the driver.

Three doctors who treated the driver at different stages testified. Police surgeon Zephaniah Kamau and a clinical officer also testified. The driver’s name has been concealed because of the condition.