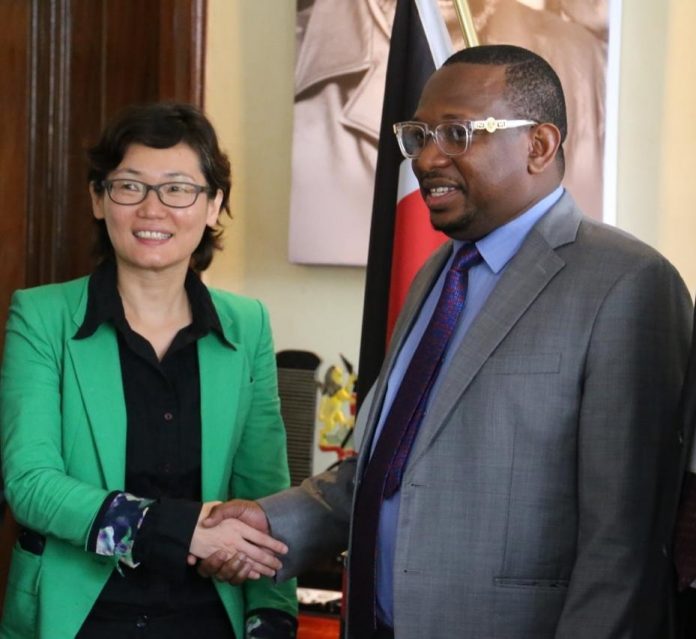 Nairobi City County Governor Mike Mbuvi Sonko held a meeting at City Hall with officials from the World Bank and the Nairobi Metropolitan Service Improvement Project (NaMSIP), to review the progress of projects under the program as it comes to a close on March 31, 2020.

H.E the Governor was happy to report that nearly all the projects are either complete, or near completion, to the satisfaction of the World Bank.

These projects include the Mwariro and Karandini Markets, the Kangundo Road and Waithaka Fire Stations, and the improvement of Nairobi commuter rail stations in Kahawa, Mwiki, Pipeline, Embakasi Village and Dandora.

The highlight of the meeting was the progress of the GIS-bases Mass Valuation System for Nairobi, which is 95% complete. Once implemented, the new Valuation Roll will significantly increase the County Own-source Revenue, enabling Nairobi City County Government  to become the first County in Kenya to entirely finance their annual budget.

Due to the impressive performance of Nairobi City County Government in the implementation of these projects since the Governor assumed office, the World Bank invited Nairobi County  to present a list of projects to be incorporated in NaMSIP 2, expected to commence upon the expiry of Phase One.

• Decentralisation of Roads and Public Works to sub-counties

• General storm water and sewerage improvement across the City

• Construct markets in every Sub-county to decongest the CBD

• Construction of additional fire stations to cover all the 17 Sub-counties.

The Governor assured all present that Nairobi is on the move, and his administration shall not rest until they reclaim the long lost glory as the “Green City under the Sun”.