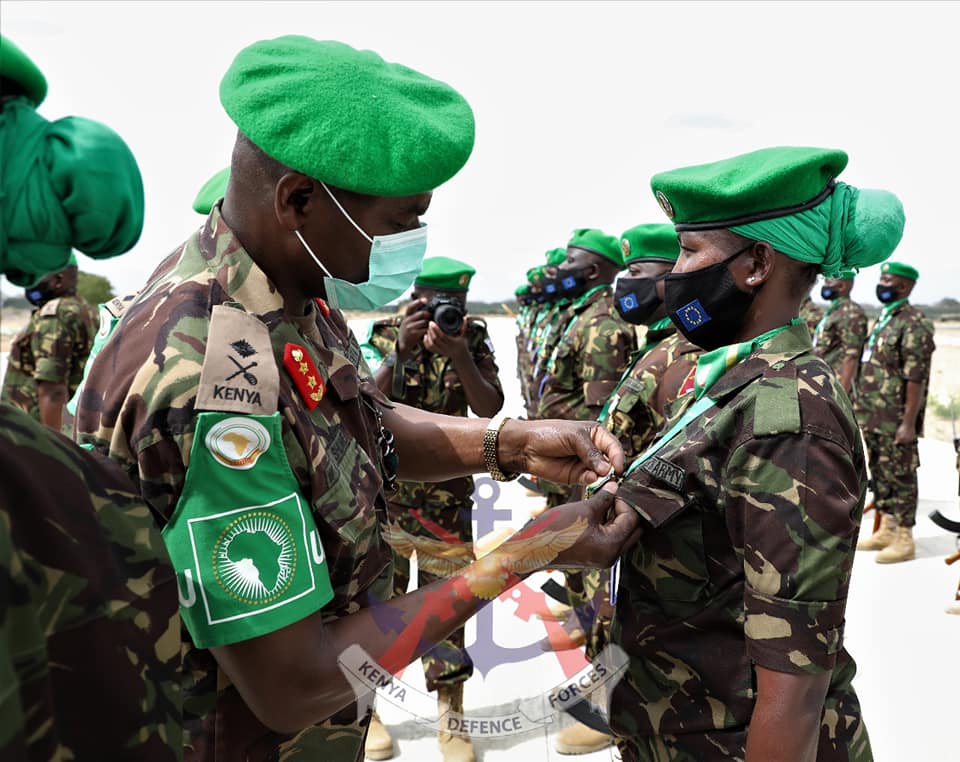 Kenyan troops have been awarded medals by the African Union Mission in Somalia (AMISOM) for their invaluable commitment to Somalia’s continuing peace and stability efforts.

The medals were handed to the troops of the tenth Kenyan Contingent to Somalia under AMISOM in a colorful medal parade event at the AMISOM Sector II Headquarters in Dhobley, presided over by Lieutenant General (Lt Gen) Diomede Ndegeya, the AMISOM Force Commander.

Lt Gen Ndegeya praised the contingent for performing its duty with maximum courage and professionalism in the face of adversity, efforts that have greatly aided in the promotion of security and economic prosperity in Jubaland State’s many sectors.

Lt Gen Ndegeya went on to say that during the KDF’s ten years in Somalia, they have made significant contributions to the country’s stabilization.

Brigadier Jeff Nyagah, AMISOM Sector II Commander, told the Force Commander that the forces are mission-focused, resilient, and motivated in carrying out their operations and engagements in accordance with the AMISOM mandate.