This was the headlines that seemingly caught many Kenyans unaware, given that Boniface Mwangi is known to have been on the forefront on the war against corruption. Kenyans from all over social media demanded that the Police free the ‘young Mandela’ with the trending #FreeBonny hashtag. Boniface Mwangi then went on to tweet his location, and quoted that he was arrested for reasons unknown. See tweet below.

Upon further investigation at the Central Police Station where he was supposedly held, something is amiss. The statement that he submitted had no police case number. Well, for the Kenyans that may have not been caught by the arm of the Law know very well that each and every case has a number, and the absense of such, may pave way for either bribery or failure to follow Police protocol in dealing with cases. 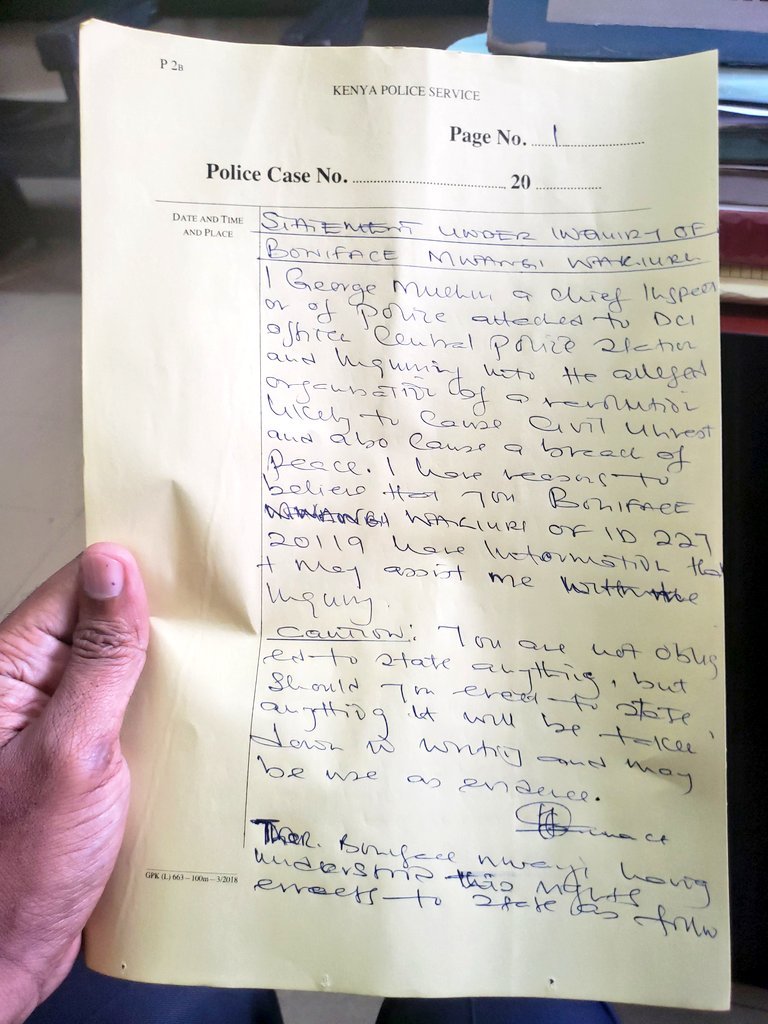 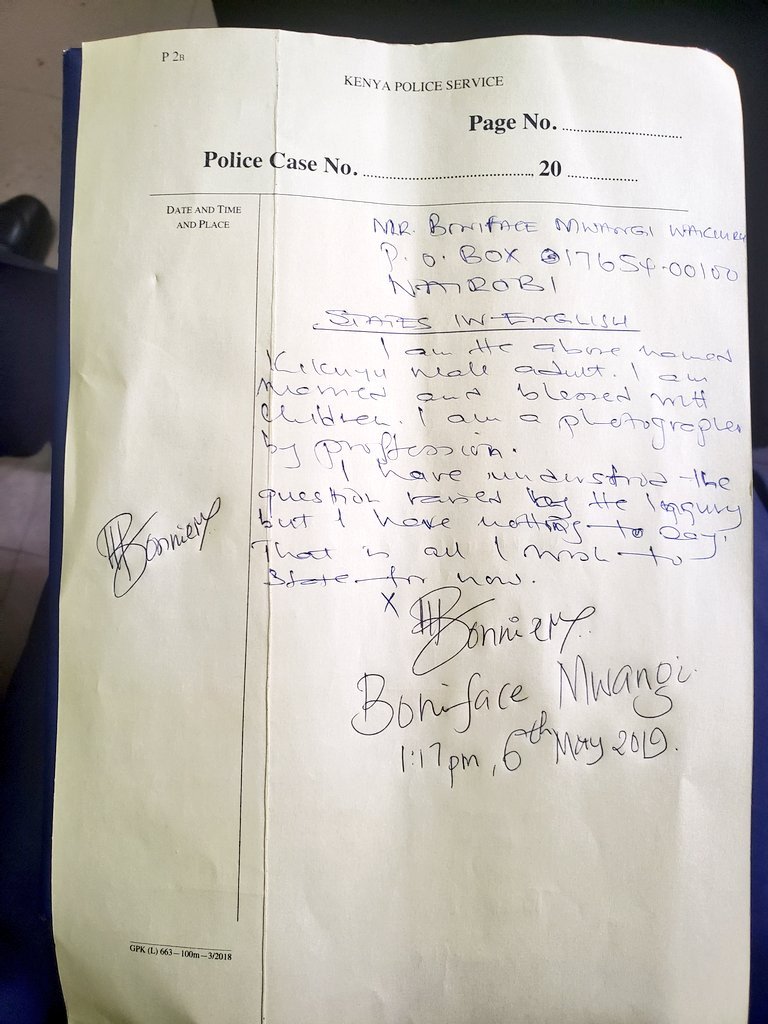 Moving on, a statement issued by boniface Mwangi read that “I’m the above mentioned Kikuyu male…” is contrary to everything the anti tribalism protests have been working to eradicate, classification of a person by his tribal affiliation. This therefore means that the statement was supposed to trigger an emotion. But some Kenyans were quick to spot the blurred lines.

Thereafter, a detective from Central Police emerged from the station moments before Boniface’s release. He clarified that Boniface was not in any police custody, and that he wasnt really picked up from his home, but was rather brought in for questioning, concerning a “Revolution likely to cause Civil Unrest”.

As he struggled to explain to the press, who actually appeared to have broken the script by constantly invoking the term “arrest” and “Detained” to the officer, Boniface appeared from the station to address the gathering supporters. In extraordinary fashion, Boniface is comfortably rallying about a revolution that the Police had him questioned for in the first place. In a normal arrest situation, such words could have landed him in Trouble, as part of the evidence of a revolution. 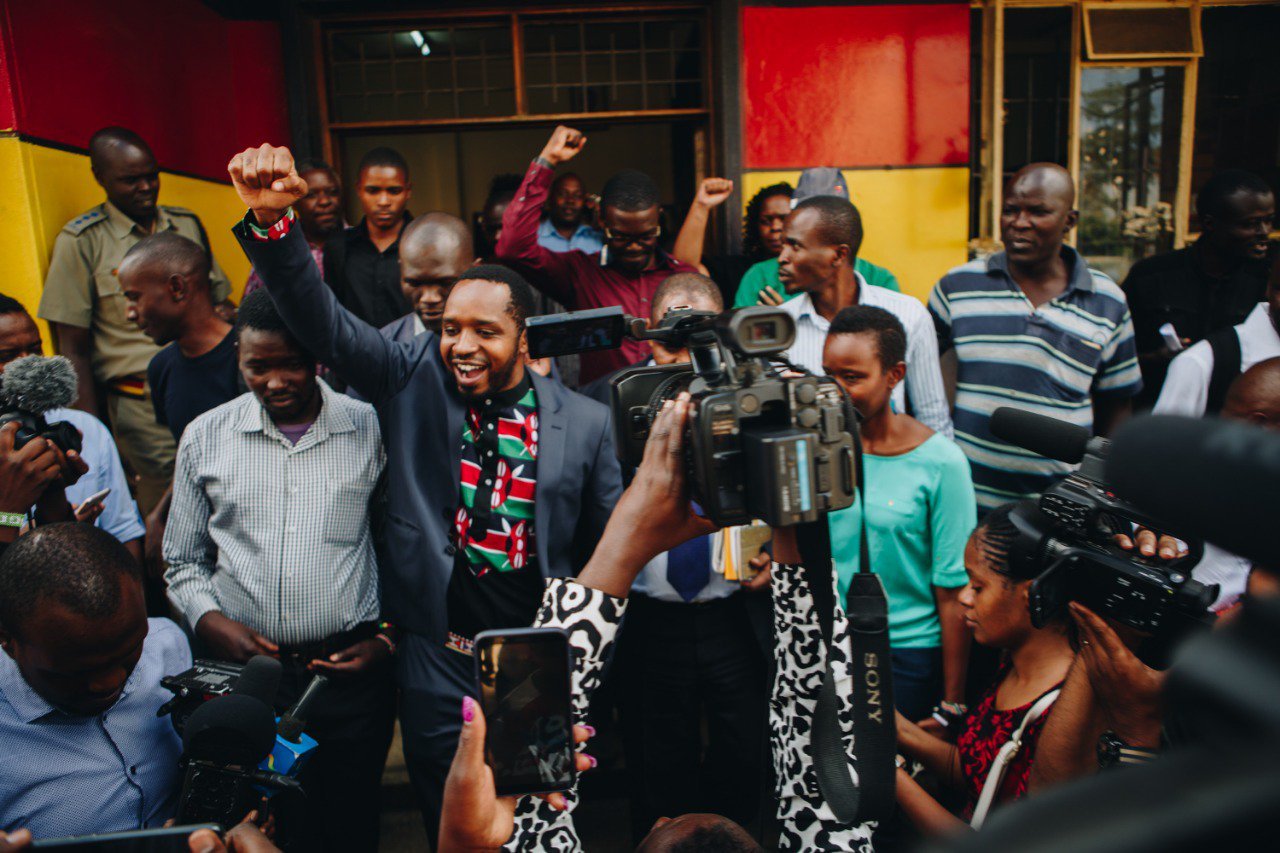 The time is ripe for a revolution indeed, but not with fellows who are after fame, donor funding and sympathy. Real revolution means that one must give selfless committment to the fight against bad governance. But as for Boniface Mwangi, maybe its his time to eat the fruits of his labour. Besides, Even Ruto braved the scorching sun to sell chicken to motorists at the railway crossing point then, as a student. That was years before he got his big break.