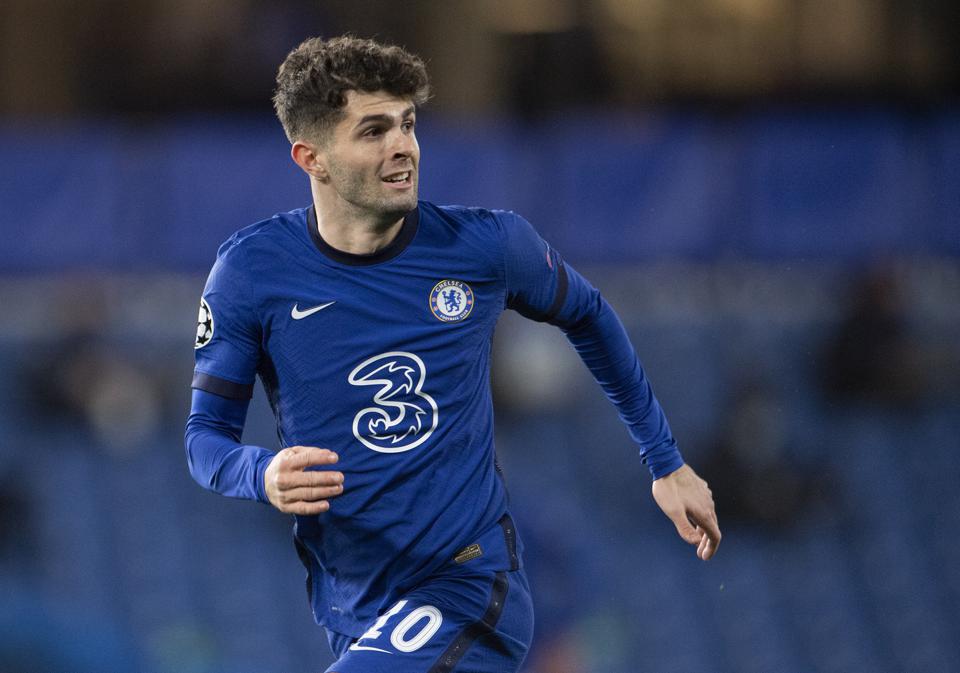 They call it clinical. We call it surgical. The language of sport evolved differently in England over the past century than here in the United States, but however you want to say it, you can spell it C-H-R-I-S-T-I-A-N P-U-L-I-S-I-C.

Pulisic showed, for the second consecutive game, the preternatural calm in front of goal necessary to dismantle the towering presence of Real Madrid goalkeeper Thibault Courtois and delivered an assist on the series-clinching goal that advanced Chelsea FC to the final of the UEFA Champions League later this month.

On May 29 in Istanbul, Pulisic could become first American man to play in a Champions League final after serving as the most important figure in two of the goals in Chelsea’s 3-1 aggregate victory over the most successful team in the history of this competition.

Only 22 and orginally from Hershey, Pa., Pulisic had scored Chelsea’s first in the series opener at Madrid last week, drawing Courtois away from the goal and serenely working past him to hammer the ball between two helpless defenders.

Wednesday, after entering the game as a substitute midway through the second half, he accepted a feed to the right of the 6-yard box from midfielder N’Golo Kante in the 85th minute, drew Courtois off-balance with a simple twist-fake and waited for teammate Mason Mount to make himself available for a pass to the front of the net that Mount slammed forward and Courtois could not recover to stop.

It was the seventh Champions League assist of Pulisic’s career, and there was no way Real Madrid would recover then, no time to recover.

“I know what I have to do when I get on the field,” Pulisic told CBS Sports. “I have to get on the field and do my bit, be creative and try to finish the game off strong. Luckily, I was able to do that.”

Manager Thomas Tuchel’s decision not to start Pulisic had been a surprise, given the player’s superb performance in the first leg.

“I was very frustrated,” Pulisic said. “There’s not much else to say. I wanted to play from the beginning, as I always do. I’ve had to continue to prove myself, over and over again. As always, I reach out to God, and He gives me strength. With that behind me, nothing can stop me, really.”

There was logic to Tuchel’s strategy. It helped to have Kai Havertz, who stands 6-2, to offer some presence on set pieces, given that Real’s only goal was scored on a first-leg header from striker Karim Benzema.

More importantly, Chelsea entered the second leg with the tiebreaker advantage of a road goal, the one scored by Pulisic. A 0-0 draw would be sufficient to advance the Blues to the final. They could afford to take a defensive approach that emphasized Havertz’s ability to hold the ball and attempt to stifle Real – which they did – then bring on Pulisic in the event that failed and they needed a spark.

As it happened, Chelsea was able to gain a cushion in the first half without him. Immediately after keeper Edouard Mendy had executed a spectacular save of Benzema’s searing strike in the 26th minute, Kante played a beautiful ball forward, executed a quick, one-touch exchange with Werner and then sent the ball slightly to the left to Havertz. He tried to chip the ball over Courtois, but his attempt struck the crossbar and bounced skyward.

Toward the end, in the 90th minute, Pulisic drew perhaps the ultimate compliment, however much it might have hurt in the moment. Federico Valverde, a 22-year-old Real Madrid sub, rushed to push Pulisic to the ground from behind as he prepared to pass the ball to a teammate. It was the sort of thing one might seen on a grade-school playground from a child whose team was losing.