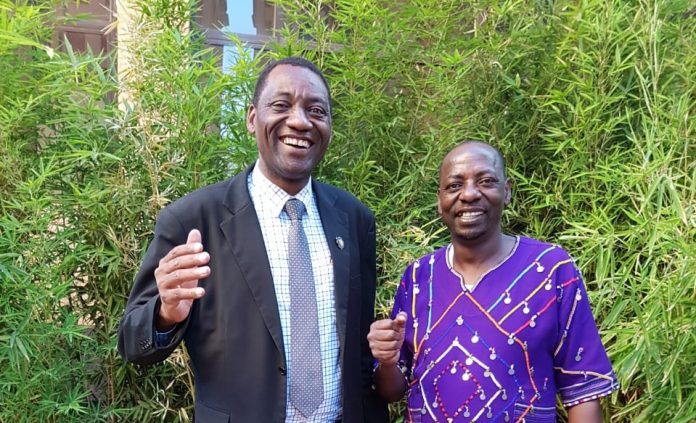 The Bishops; under the auspices of United Clergy Alliance(UCA) will convene at the Machakos Showground.

The Bishops will include all the clergy from mainstream Evangelical and Pentecostals.
The meeting is convened by the Chairman Bishop Francis Mulinge and the Secretary General Bishop Dr. Joel Nzomo.

Speaking to the media at an Upper Hill Hotel, Dr. Nzomo said the time had come to unite the Kamba community.
After the prayer meeting, the Church will summon all political leaders at Malili on 12th April 2019 to give further directions on the Unity.

Among those expected to attend are elected leaders, party leaders and specifically the three Governors from the Kamba community.

“We will send invites to Governor Mutua, Governor Kibwana and Governor Charity Kaluki Ngilu” he said.

Wiper Leader Kalonzo Musyoka will be invited as an elder of the community.

“This time round, we are dead serious on uniting this community” he said.