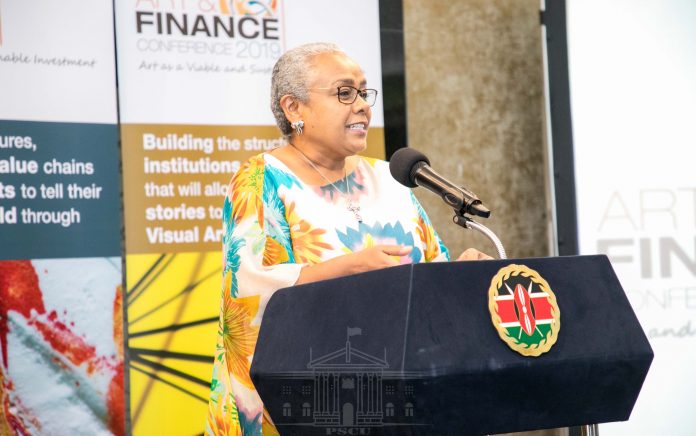 The First Lady was received at the opening ceremony by the Mayor of Seville City Juan Espadas Cejas for the event which is centered on the theme of ‘changemakers’ and is aimed at equipping delegates with ideas to enable them craft a sustainable travel and tourism industry.

This year’s event is the biggest of its kind and has attracted over 1,500 delegates from across the world.

Secretary General of the United Nations World Tourism Organization Mr. Zurab Pololikashvilii expressed his gratitude to Kenya’s First Lady saying her leadership and presence at the summit was a clear demonstration of Kenya’s commitment to the promotion of travel and tourism as an important economic sector.

Speaking during the opening ceremony, President Pedro Sanchez of Spain expressed gratitude to all visitors as well as the World Travel and Tourism Council (WTTC) noting that travel and tourism enhances peoples world view.

“Nothing develops intelligence more than travel. We get to know ourselves and others,” said President Sanchez.

He pointed out that travel is an essential engine of growth and that Spain’s economy benefited immensely from the over 83 million travellers the country received in 2018 and expects more arrivals this year.

President Sanchez called for the opening up of new travel and tourism frontiers especially in rural areas so as to expand and better distribute the wealth generated by the industry.

The President of WTTC Gloria Guevara said rapid changes in technology have helped grow and change the outlook of the travel and tourism industry.

“Innovation has changed the entire outlook of our industry and helped enhance the experience of travellers. It provides us with a sense of independence,” she said.

The WTTC head said the sector has seen unprecedented growth in recent years but cautioned stakeholders to be alert of new demands by travellers and consumers of tourism products who are today better informed.

First Lady Margaret Kenyatta also met the 44th US President Barack Obama on the sidelines of the opening ceremony.

President Obama expressed his gratitude to the First Lady and Kenya for being at the forefront in the promotion of the travel and tourism industry saying the First Lady’s participation at the global event is a clear demonstration of Kenya’s commitment to the sector.

The First Lady, who arrived yesterday in Spain, is scheduled to give a keynote address at the Global Summit tomorrow on the theme, “Africa Rising”.