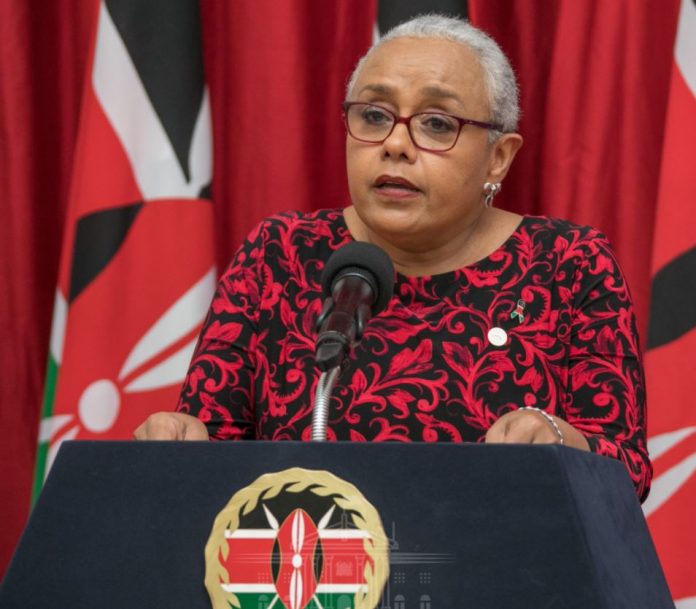 First Lady Margaret Kenyatta has called for a renewed commitment to the elimination of mother-to-child transmission (eMTCT) of HIV and Syphilis in the country.

The First Lady spoke on Tuesday when she virtually addressed a partnerships meeting on accelerating the progress towards achieving validation for the elimination of mother-to-child transmission of HIV and syphilis by 2021.

First Lady Margaret Kenyatta in 2017 during a Beyond Zero Summit launched the Kenya Framework for the Elimination of Mother-to-Child Transmission of HIV and Syphilis 2016-2021 that contributed to the achievement.

The First Lady commended the innovative implementation of the Kenya eMTCT Framework adopted by counties through the county business plan model.

“It is my hope that we, as partners, will commit to resourcing and supporting the remaining county governments on their respective journeys,” the First Lady said.

As the national patron and champion of eMTCT, the First Lady said her overall mission is to end preventable deaths of women and children as well as to eliminate new cases of HIV infections from mothers to their children. A world with zero maternal deaths,” First Lady Margaret Kenyatta said.

Health CS Mutahi Kagwe, in a statement read on his behalf by CAS Dr Mercy Mwangangi, commended First Lady Margaret Kenyatta for using her Beyond Zero initiative to rally the entire country behind the noble agenda of stopping new HIV infections among children and preventing mothers from dying while giving birth.

Other speakers at the hybrid meeting that drew both physical and virtual participants from the public and private sectors as well as development partners included Chief of Staff in the Office of the First Lady Ms Constance Gakonyo, National Aids Control Council CEO Dr Ruth Masha and National AIDS and STI Control Program Head Dr Catherine Ngugi among others