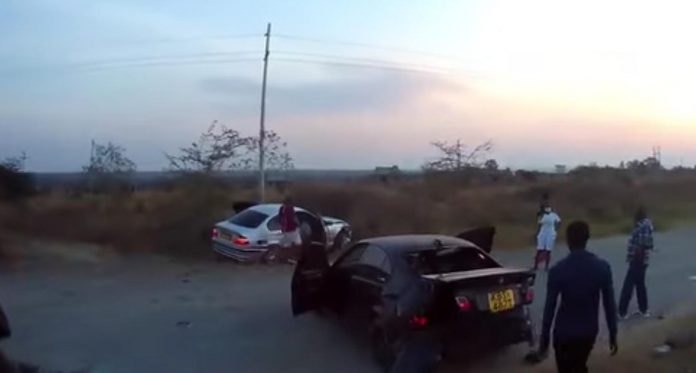 A group of speeding BMW drivers survived a near-fatal accident while they were racing at Lukenya, along the Nairobi – Mombasa highway.

A video that surfaced on social media was captured on camera by a biker, who was nearly smashed by the speeding vehicles.

In the video, the two cars sped past her, on either side as they narrowly missed a lorry right in front of them.

The two lost control of their vehicles, veering off the highway and plunged into the road reserve.

Both vehicles were extensively damaged. The drivers and passengers who appeared from the crashed vehicles carrying alcohol, escaped unhurt from the accident.