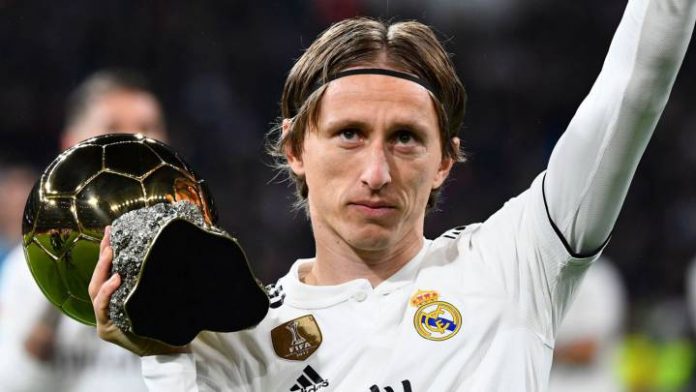 With the 2010-11 Premier League season over, I was ready for my summer vacation. But it didn’t last long, as my agents – Vlado Lemić and Davor Ćurković – passed on Chelsea’s wish to sign me. Before transferring to Tottenham, it had seemed I would move to Stamford Bridge. This new contact only added to the impression that Chelsea thought highly of me.

I was open to the idea of moving, but then things happened at lightning speed. First, Vanja and I took a private jet from Zadar to Cannes, where my management team were waiting. Then, a van with tinted-glass windows took us to Nice, some 30km away. There we were picked up by Roman Abramovich’s security, who put us on a speedboat and took us to the Chelsea owner’s yacht.

It was all very exciting. Twenty or so people, who seemed part of the security detail, met us at the boat. It was quick and well organised; just as we made ourselves comfortable on one of the luxury decks, Abramovich showed up. He was accompanied by his wife Dasha and their son. I was fascinated by the discreet disappearance of all the security people just as he arrived. It was obvious they were well trained – their timing was perfect.

I had met Abramovich only once before. I was watching Chelsea play against Atlético Madrid at Stamford Bridge and was seated close to his box. This is where we met and exchanged a couple of words. During our meeting on the Côte d’Azur, he left an impression of a relaxed, somewhat mysterious person. He wasn’t beating around the bush and said: “We know you are a quality player. I’d like you to sign for Chelsea.”

I had come to his yacht to talk, so it was evident I wished the same. I had three successful seasons at Tottenham behind me. The club was now near the top of the Premier League, I had finally felt the pleasure of playing in the Champions League, and all the analysis showed I was one of the key players in the team’s rise. My feeling was that it was time for a move – I wanted to fight for trophies and win titles, and I felt this wouldn’t happen if I stayed at Tottenham. I wanted to move to a more ambitious club.

“Do you think Tottenham will resist your transfer? Are they going to put up a fight?” Abramovich asked. “I think the negotiations are going to be tough,” I replied, because I knew the clubs were not on good terms.

We finished our drinks and after 20 minutes or so, Abramovich and his wife discreetly retreated to their quarters. As he said goodbye, he suggested we relax and have a swim, but we thanked him and left. Within 90 minutes, we were back on the coast of Nice. We walked around the town a bit and then took a plane back to Zagreb. Both Vanja and I were impressed by the meeting, but deep inside I knew Tottenham’s chairman Daniel Levy wouldn’t want to hear about it.

Before pre-season, English reporters called me and asked if it was true that I wanted to leave. I was honest, and probably naive, when I said I thought it was time for a step forward in my career. That created a lot of fuss, which didn’t quieten down until the end of the transfer window. Levy made a public statement saying that there was no chance of letting me leave and that I had a firm contract.

I arrived in London before pre-season training and went to talk to the chairman. There were no harsh words or insults as the media said, but the conversation was tense. He reprimanded me for publicly announcing I wanted to leave and repeated that Tottenham had no intention of selling at any price. A stressful period followed. The media analysed my status daily; Tottenham fans, understandably, resented that I wanted to leave. On the other hand, Harry Redknapp showed understanding for my situation in his public appearances.

Redknapp was an experienced manager and he had seen it all, so he was aware of the opportunities open at a more ambitious club. He also knew he needed me, and, like any manager, he wanted a strong team. He did everything he could to please me and make me stay. During our pre-season tour in South Africa, he even made me captain. But my head just wasn’t there, so I handed in an official transfer request.

Chelsea kept coming back with improved offers after Levy’s every rejection. All of this aggravated me. We played a home game against Manchester City, and Redknapp asked me to play. I told him I wasn’t focused and that I would rather not play. Redknapp insisted and, as he had always treated me well, I agreed. We lost 5-1 and I was replaced 60 minutes. It was one of my worst performances.

Three days after the transfer window closed and, while I was with the Croatia national team, I realised my move wouldn’t happen. I returned to London with a clear idea: forget what had happened and get down to work.

Redknapp had an even better idea. He played me in the very next game, and by the end of the 2011-12 season, I had played 90 minutes in all the matches, except against West Bromwich Albion when I came down with a virus. I had a great season. Unfortunately, a new campaign in the elite competition was taken from us because Chelsea, who ended sixth, won the Champions League. As defending champions, they qualified directly for the next season’s group stage, while Tottenham competed in the Europa League.

I had a couple of meetings with Levy during that season. In January, he even came to my home and tried to talk me into extending my contract with Tottenham. It would’ve been my second extension. Among other things, Levy then told me he’d let me leave for an offer from a big club such as Real Madrid. I told him I wouldn’t sign anything. My main focus was to play well for Tottenham and to prepare for Euro 2012.

Despite all the turbulence, I always had a good relationship with Levy. He was the one who brought me to Tottenham – for a record fee in the club’s history. That only showed how highly he thought of me. However, I resented him because on a couple of occasions he had promised to let me move to a bigger club and then broke his promise. For me, one’s promise and one’s word are more important than anything.

I had proven myself as a player. I didn’t know where I would go from Tottenham. I didn’t know if and when Levy would agree to sell me. But I was convinced it was time to move on, to a new and bigger challenge. After four wonderful years, during which we