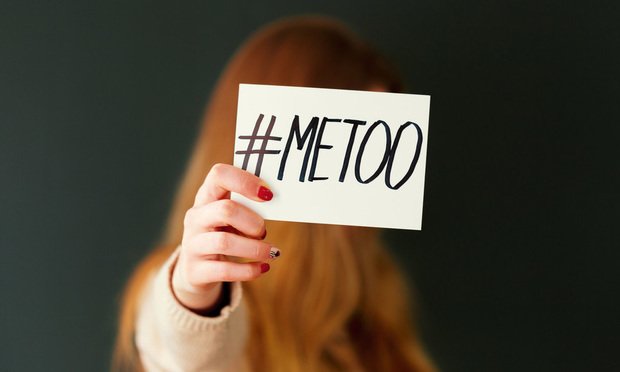 The #MeToo movement swept India last year when the Bollywood actress Tanushree Dutta accused actor and filmmaker Nana Patekar of sexually harassing her in 2008 on the set for the film Horn OK Pleassss. In October last year, she also filed a First Information Report (FIR) against him and others with police. It has been reported that Patekar has denied the allegations and issued a legal notice to her to withdraw the allegations. Dutta was also in the news more recently, putting a “curse” on film choreographer Ganesh Acharya, actor Rakhi Sawant and producer Sami Siddiqui for what she suggested was enabling the alleged abuse.

These allegations made by such a well-known figure changed the course of the #MeToo movement in India and opened the floodgates for many other women working in Bollywood, the media, corporations and government to allege sexual harassment by high-profile and powerful men. Social media platforms were flooded with #MeToo stories and outrage, highlighting what has always been a taboo subject in India: the extent of harassment and violence against women, along with the deep-rooted injustice and inequality they face.

The #MeToo campaign has provided a gateway for Indian women to vocalise the “enough is enough” message and seek justice. Some have referred to it as revolutionary. Sadly, the reality is that the majority of women who have encountered harassment will not – or cannot – come forward and voice their stories of victimisation.

The deluge of allegations should not come as a surprise. The wholly patriarchal nature of Indian society has normalised all forms of gender-based violence and inhibited womens’ access to justice. It is widely seen as inevitable that being female in India equates to being a recipient of injustice, inequality and all its various manifestations, including harassment. Sexual harassment towards women in India, often referred to as “eve-teasing”, is seen as an endemic and persistent condition, a fact of life.

Of course, this is a global issue. Globally, women are expected to “prove” that they have been victimised and that they are speaking the truth. Globally, women have long been the silent victims of violence. Globally, the #MeToo movement has highlighted the scale and prevalence of sexual harassment. Globally, the #MeToo movement signals outrage that women have been persistently silent for fear of the consequences of speaking out and victim shaming.

But will #MeToo be the means for truly tackling gender-based violence in India?

The impact of #MeToo in India has been immediate. But for many the journey to justice from filing a complaint with the police to prosecution is an arduous and time-consuming one. Due process in India is laborious and bureaucratic. Far more effective implementation of the laws is needed from all stakeholders. The laws are there, but the effective implementation and practice of them is cumbersome and restrained by cultural and bureaucratic pressures.

The #MeToo movement is growing and men are joining the debate. The movement has raised awareness of everyone’s responsibility to be duly diligent about their behaviour and actions. That high-profile and powerful men have been accused demonstrates that no one is immune. There is recognition among men that there are repercussions for their inappropriate and violent behaviour towards women. Women will no longer stay quiet or shamed.

But it is important to acknowledge that there is a distinct class narrative to the #MeToo movement in India. It is elite, upper class, empowered and financially independent women who are coming forward. For lower class, rural, uneducated and disempowered women, the #MeToo movement provides little safeguard from the daily abuse and harassment.

All women deserve equal access to justice and safety, but this is less likely for socially and economically marginalised women. The statistics on rape and child abuse in India are horrific, with a one child being sexually abused every 15 minutes and four cases of rape every hour.

A movement for all

For the #MeToo movement to have greater impact and be truly revolutionary, it needs to reach each and every community across India. It must also be acknowledged that women are not a homogeneous group. They have a multitude of identities determined by values, faith, economic position, culture, caste, understandings and embodiments of the patriarchy, familial control, justice, equality, sexism and misogyny. Any dialogue must also include men as vital contributors to the movement and advocates for ending gender-based violence.

The mission to combat and end gender-based violence requires men and women to work together, to find a platform for unity and to celebrate gender equality as something that benefits all. Ending gender-based violence cannot be accomplished without men being part of the endeavour – and the demonisation of men via campaigns such as #MeToo does nothing to progress the mission.

The #MeToo movement is yet another catalyst to tackle the gender-based violence that permeates Indian society – at all levels, in all communities and across all institutions. This is a mammoth endeavour, but one that can be achieved. Dynamic, forward-thinking, gender-inclusive initiatives and projects focused on driving gender equality are needed.

It will require grassroots activism, persistence and holistic partnerships, along with a strong political will and the endorsement at both central and state level. A zero-tolerance approach is needed. There is great work being undertaken to tackle gender-based violence by a diverse range of organisations, including the police, but much more is needed if a true revolution in to become a reality.