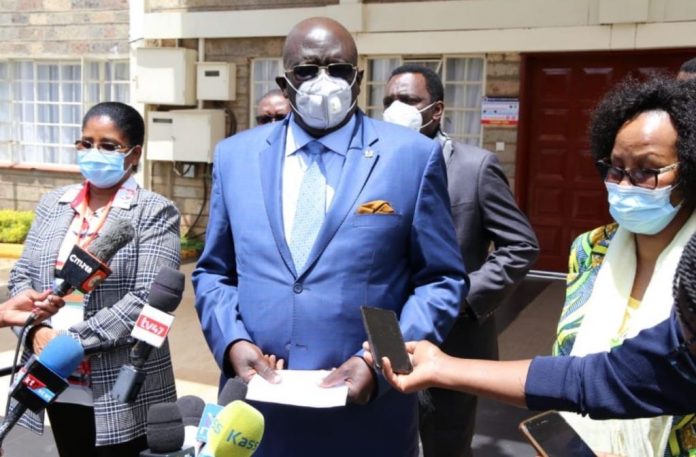 Students who sat for their Kenya Certificate of Primary Education (KCPE) will have their results ready before May. – By Gerald Gekara.

According to the Education Cabinet Secretary Prof George Magoha, examiners under the Kenya National Council of Examination (KNEC) have begun marking Insha and Composition exams.

This was after the completion of the computerized marking for other subjects which largely featured the multiple choice system.

He said this happened despite the restriction on movement to contain the spread of COVID-19 as announced by President Uhuru Kenyatta.

He further noted that this year’s national examinations recorded fewer cases of irregularities across the country.

“Actually there are a few centers, we have only arrested 15 people, we have only confisticated 15 phones. This is a very good year,” he said.