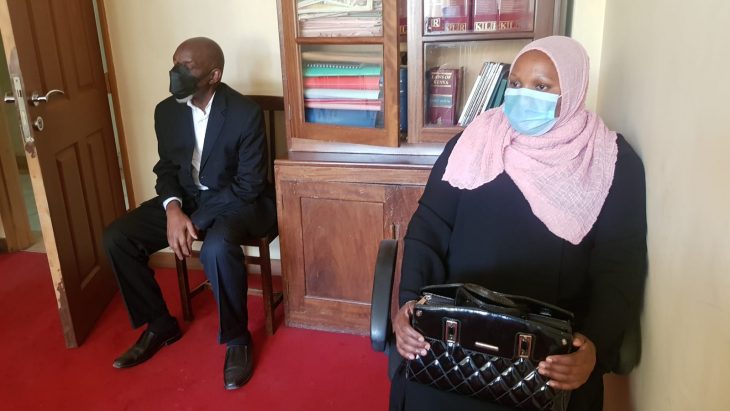 An elderly Asian man described how a 33-year-old lady attempted to defraud him of millions of shillings in a Nairobi court.

The businessman told the court that while in Kampala, Uganda, he received a call from Kenya Commercial Bank (KCB) and was summoned to the lender’s branch on University Way in Nairobi. Alihadi said he went by road from Kampala to Nairobi after missing a flight.

He went to the bank after arriving in Nairobi, where he saw the branch manager and two other Central Bank of Kenya employees (CBK). When the officials questioned Alihadi if he had died and a few other inquiries, he was taken aback.

“They inquired if I was married and had a child. I mentioned that I was previously married to Fatuma Abdulmoniem, a Yemeni woman whom I divorced in 1983. He informed the magistrate, “She went back to her country, and we never had a kid together.”

After that, he learned that a lady had come to the bank and claimed to be his widow, saying that he had died. She also claimed that the two of them had a child together.

Alihadi disclaimed a marriage certificate tying him to the suspect Fatuma Mercy Njoki, claiming he had never heard of her.

“I was handed my death certificate as well as a birth certificate for Amina Zainab, my supposed daughter, as well as a land purchase agreement. The documents are falsified and were created with the goal of stealing money from his bank account, he claims.

Njoki and his co-accused, Bakari Abdalla Vuwa, were accused of conspiring to defraud the businessman of Sh120 million in this case.