President Uhuru Kenyatta last evening directed relevant Government agencies to come up with mechanisms of ensuring that Kenyans in the diaspora are issued with the new generation passports in the countries of their residence.

President Kenyatta said he saw no reason why Kenyans living outside the country should incur huge financial costs to travel back home to acquire the new passports.

The Head of State spoke at the Windhoek Country Club where he met Kenyans living in Namibia.

“Form a team that will go from country to country to register Kenyans in the diaspora. No Kenyan should be forced to spend money to travel to Kenya to get passports,” the President directed the relevant government agencies. 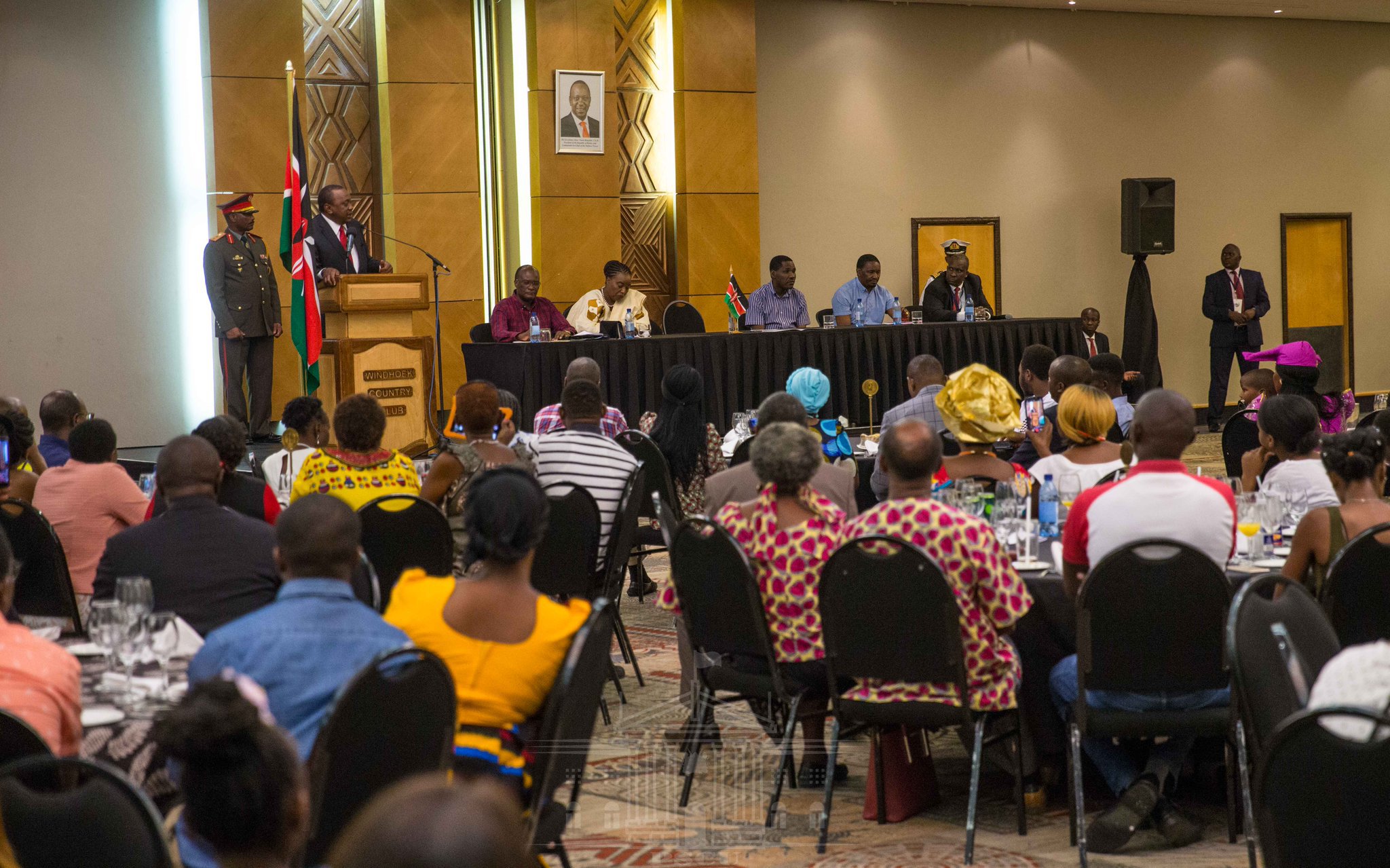 The President was responding to requests by Kenyans who spoke at the meeting and raised concerns over the difficulties those living outside the country undergo to acquire the new document.

Among the speakers at the forum were Prof Peter Nyarango, the Dean of the Medical School of the University of Namibia and businessman Peter Wamburi.

Prof Nyarango said Kenya’s education system should be geared towards empowering the youth to be employable in a changing world. He said Kenya is projected to have a population of 100 million by 2050 out of which 65 million will be youth aged below 25 years.

The Professor said the guiding factor in Kenya’s education system should be to capitalise on Kenya’s edge in innovation and research.

In his response President Kenyatta said, “My government has embarked on making changes on the curriculum to meet the emerging market needs”.

The Head of State added that even though there are challenges in the implementation of the new curriculum, his administration will not be deterred from its full implementation as it will equip Kenyan children with skills and knowledge that will shape their future better.

The business fraternity represented by Peter Wamburi acknowledged that Namibia treats Kenyan professionals, business people and the diaspora in general like brothers and sisters. They credited the good treatment to the excellent bilateral relations that exist between the two nations. 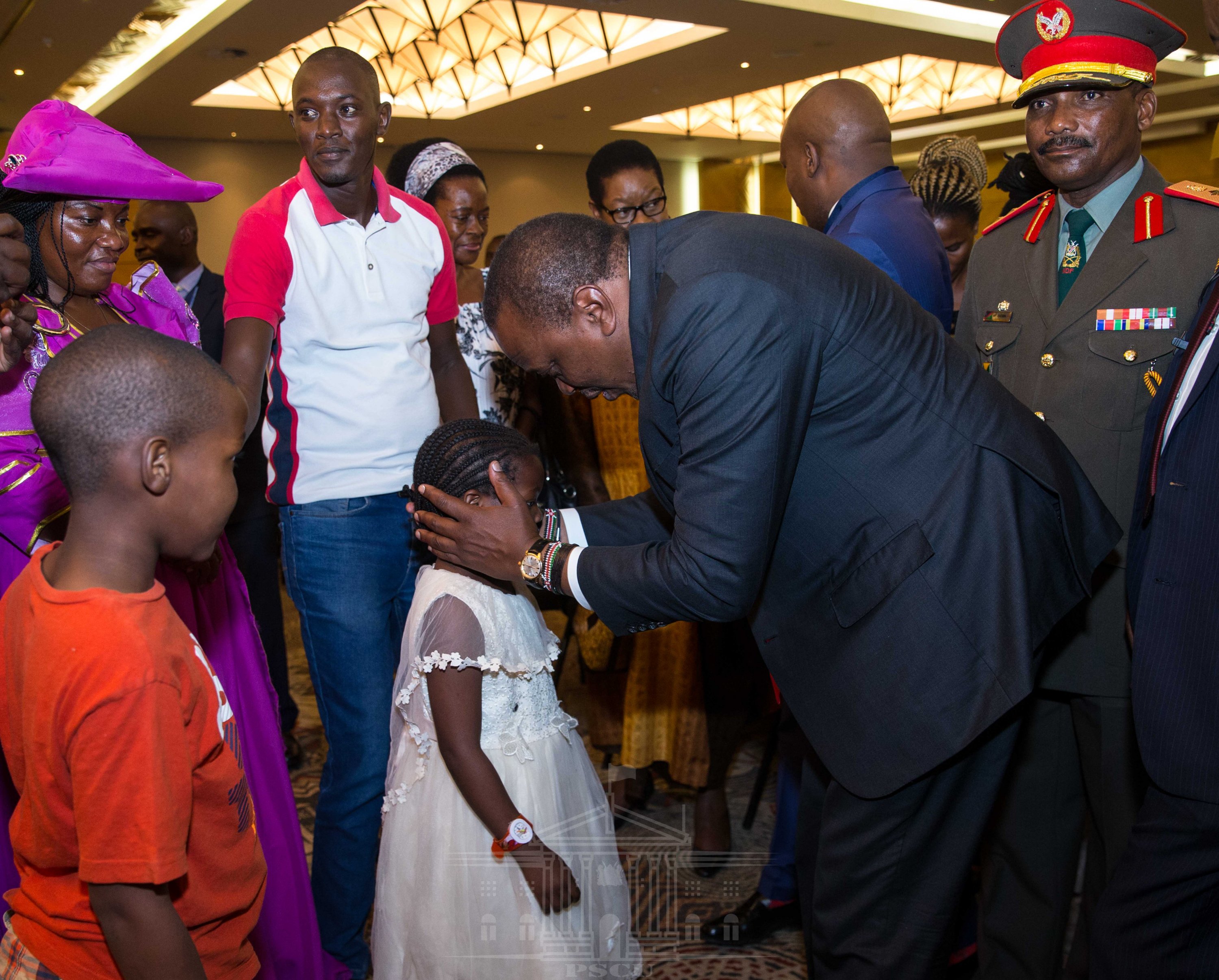 Majority of the Kenyan diaspora migrated to Namibia following an MOU signed between the Kenyan and Namibian governments in 2002 through which many health professionals especially nurses secured employment in the Southern Africa country.

President Kenyatta assured the nurses who are returning to Kenya from Namibia after the end of their contracts that they will get their jobs back when they get back home.