..
Home Politics Kigame Urges Supporters To Include Him On The Ballot And Vote Him 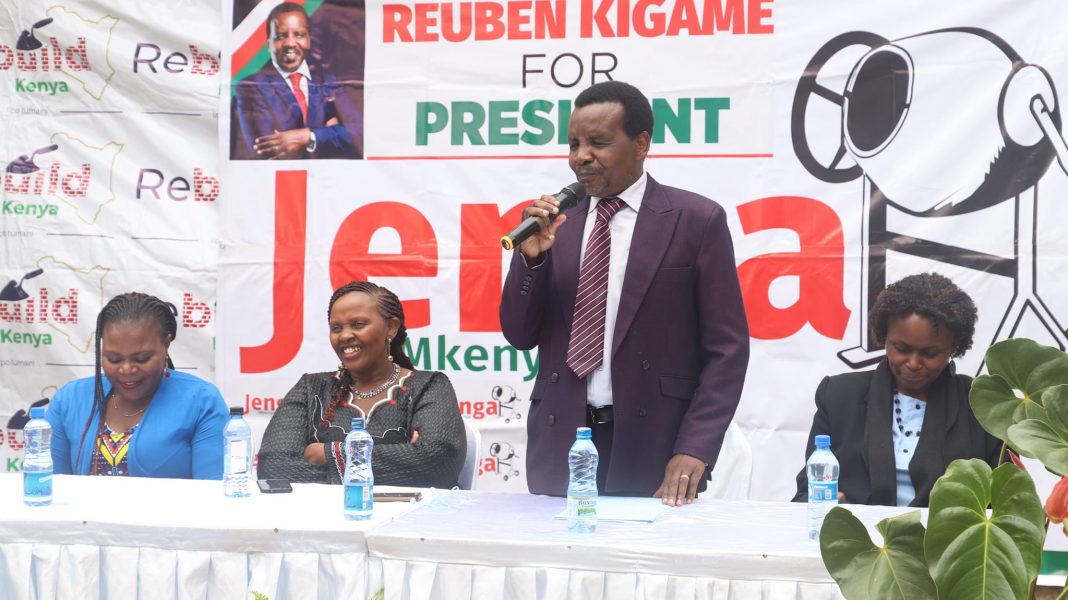 Ruben Kigame, a rejected presidential candidate, has urged his supporters to add and tick his name on presidential ballot papers on Tuesday, August 9.

In a press conference on Friday, Kigame urged all Kenyans to exercise their democratic right to vote.

“When it comes to the presidential vote, we encourage you to exercise your democratic right fully by voting for us in this way. Take your pen and write Ruben Kigame on the presidential ballot as the fifth option,” he said.

“And then, mark it proudly. Tick it,” he added.

He added that the move will be a bold way of telling the IEBC that Kenyans will vote for whomever they want.

Kigame emphasized the importance of voting, quoting former Chief Justice David Maraga, who said, “The process of an election is just as important as the results of that election.”

He stated that he will file a petition with the Supreme Court to challenge the presidential election results after August 9.

He claimed that the electoral body was biased in its selection of presidential candidates.

“Therefore, Kenyans have been denied some key candidates of their choice,” he added.

He claimed that as a result, Kenyans had only a slim chance of electing candidates of their choice.

Unfortunately, heeding his call will not only constitute an electoral offense but will also result in a spoiled vote.