Kilifi: Raila’s Greatest Hurdle Ahead Of The 2022 General Election 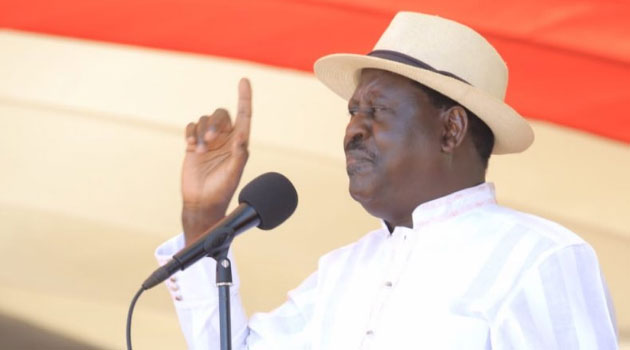 The party becomes literary the face of Coast with Mr. Odinga enjoying the biggest influential votes ever witnessed in the region.

In it, faces of would-be political kingpins for the region built up. Salim Mvurya (Kwale Governor), Amason Kingi (Kilifi Governor), and Hassan Joho (Mombasa Governor) emerged and the trio became the darling of Coast politics, raking in millions of votes to the Raila Odinga led party.

The dominance of ODM at the Coast then was a thorn in the flesh of the government of the Jubilee government led by President Uhuru Kenyatta and his deputy William Ruto.

The duo had tried to make some inroads at the coast but in vain and the tide did not even offer solace to them. Mr. Odinga roared and literary was the word. “Baba” become the only symbol of the Coast region.

But not all the glitters are Gold. ODM even with its good and loyal support from the region, was experiencing its own challenges.

In 2014 during the Dabaso declaration, Coast leaders who had converged at the home of then Kilifi North MP Gideon Mung’aro resolved that time was up for the region to formulate its own unity outfit, and then the same would be used to field a presidential candidate during the 2017 General Election.

Mr. Mung’aro, then having an upper hand as the Cord Chief whip was given the mantle to start the cause.

But later, Mr. Mung’aro, now CAS ASALs s efforts to seek Coast unity in line with the ‘Dabaso declaration’ faced a series of consultation challenges and political fallouts that would later see Mung’aro move out of ODM to join Jubilee’s, Mr. Kenyatta.

He was to later vie the Kilifi gubernatorial seat on a Jubilee ticket. He was determined to remove the incumbent Governor out of the seat. He faced strong resistance because the region had not shifted to the Jubilee agenda.

Both the ODM county and country manifesto had enough goodies both for the country and the county. With Governor Kingi at the helm of the party in 2017 as its chairman in Kilifi, it bagged all the seven MPs seats and a huge number of assembly seats in the county.

In Kwale, Governor Mvurya had also fallen out with Mr. Odinga and had decamped to Jubilee. He sailed back to the office but some of his MPS were elected in an ODM ticket.

With Kilifi seemingly having a special place in ODM, the decision by Governor Kingi to move out of the party last week has brought to the fore what could have been the boiling water under the pot.

Two weeks ago, a section of Kilifi ODM members held a meeting that ousted Governor Kingi and immediately replaced him with his vice-chairman and Ganze MP Teddy Mwambire.

Mr. Mwambire, a close ally of Mr. Odinga is now serving as an interim ODM county chairman but has remained positive about the party even after Governor Amason Kingi tweeted days later that he was at home with the decision of the party to remove him as a chairman.

However, in an interview with Uzalendo News, Mr. Mwambire said Governor Amason Kingi is still the ODM chairman in Magarini, and until he takes another step, he is in ODM to stay.

“To my understanding, Governor Kingi left the county position but is still the serving chairman of the party for Magarini, and as thus he is still in the party,” said Mr. Mwambire.

Some of the rebels in ODM including Aisha Jumwa (Malindi MP) are now asking Mr. Mwambire to also move out of the party since the ODM that used to be the talk of the county is now a shell of its former self.

“Mr. Mwambire, I know you love ODM and Baba, but can you spare a thought and move out of the party. If Governor Kingi left it why don’t you also follow suit and join us, “said Ms. Jumwa.

The vocal MP spoke in Bamba during the burial of Bamba businessman Kadogo Gona.

But Mr. Mwambire told Ms. Jumwa to weigh her words about ODM since she is still a member of the party and one should not cut the hand that feeds them.

“She earns, drinks, and she is still a member of ODM. You don’t bite the hands they give you food and shelter,” he said during the burial.

The ‘Handshake’ also played a crucial role in demystifying the Kilifi politics. Mr. Mung’aro who after losing the gubernatorial seat was awarded a ministry by President Kenyatta has now returned back to ODM and the person to welcome him was Mr. Odinga when he recently toured Dabaso to condole with the CAS.

With reports rife that governor Kingi has formed his own political party, in Mombasa, it has all been quiet and one of the Jubilee bigwigs Suleiman Shahbal ditched Jubilee and joined ODM.

Mr Shahbal vied for the Mombasa gubernatorial seat on a Jubilee ticket in the 2017 General Election but lost to Joho. He came second in the hotly contested seat.

But in Mombasa, the gamble for the ODM ticket is likely to be the greatest battle pitting Mvita MP Abdulswamad Nassir and Mr. Shahbal.

They are both the darling of Mr. Odinga and as Joho leaves the office, an ODM battle is expected to take shape for the house at the treasury square.

In Kilifi, Mr. Mwambire said all is not lost in ODM because soon the party will start its activities to popularise itself.

“ODM is very much alive and I can assure you that those who think that the party is dead are daydreaming because they will only wake up from a deep slumber only for them to find that ODM is again at the top,” he said.