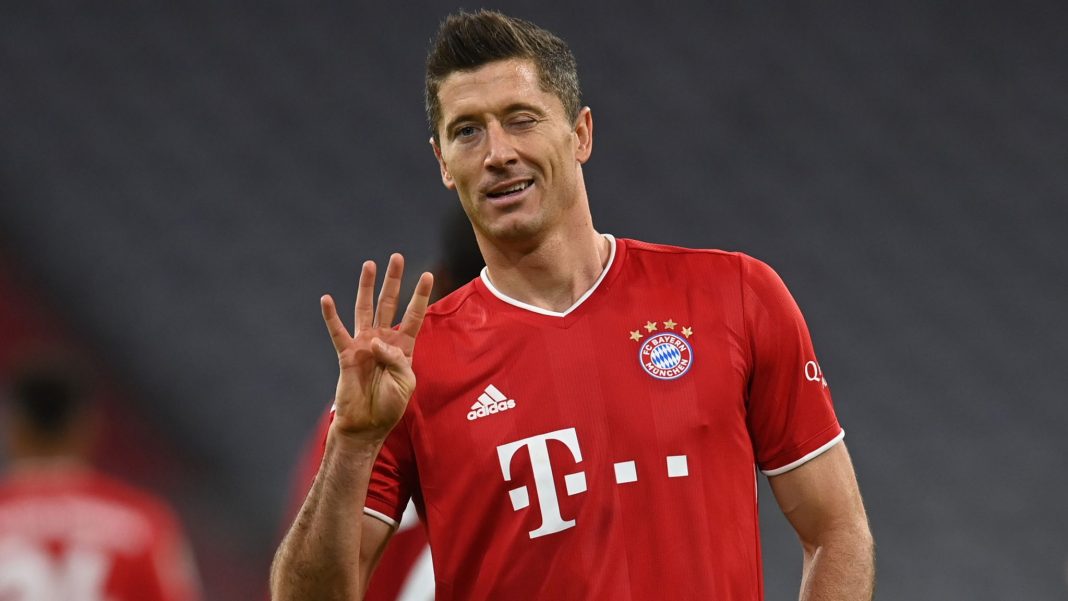 Robert Lewandowski equaled the Bundesliga record of 40 goals in a season during Bayern Munich’s 2-2 draw against SC Freiburg.

He reached the 40-goal landmark when he converted a penalty after Thomas Müller was fouled at a corner — a goal that also saw Bayern become the first side to score in 34 consecutive away games in the Bundesliga.

“I’m so unbelievably proud to make history for FC Bayern, and to play a part in creating the stories that fans will tell their children — following in the footsteps of legends like Gerd Müller,” Lewandowski wrote on Twitter after the match.

Serge Gnabry had a goal ruled out for offside at the start of the second half, but Leroy Sane restored Bayern’s lead shortly afterward when he converted Müller’s cross.

He could still beat Müller’s record next week when Bayern faces Augsburg in its final game of the season on May 22.