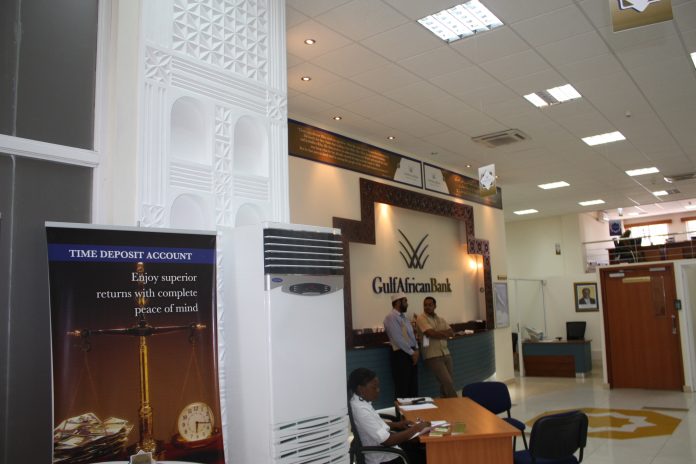 BY PRUDENCE WANZA – A man was today arraigned in court for allegedly stealing Sh 6.5 Million from Gulf African Bank at Eastleigh branch.

He is to have committed the offense between 2nd May, 2019 and 13th May, 2019 at Gulf African bank with others that were not before court.
He also faces charges of attempted stealing and impersonation contrary to the law.

On the 15th of May, 2019, he allegedly attempted to steal Sh. 800,000 by presenting himself as Said Hawako Sharif to a  teller of the bank.
The accused Feisal Mohammed Ndung’u, denied the charges before Chief Magistrate, Martha Mutuku at the Milimani Law Courts.

The Magistrate ruled that the accused be supplied with witness statements and to be released on a bond of Sh. 2 Million or an alternative cash bail of Sh. 1 Million.